Have you seen this face popping up around Sydney streets? Street artist Peter Drew has stuck 250 paste ups of Monga Khan, a cameleer from India who lived in Australia during the 1900s, across Sydney this week. Monga Khan was one of thousands of people who applied for an exemption to the White Australia Policy. He succeeded because the government deemed his work as essential to the nation’s economy.  Drew crowdfunded the paste up campaign, asking, “Did Australia inherit its identity from the people who created the White Australia Policy…. or does ‘Aussie’ have more to do with the people who survived it?” 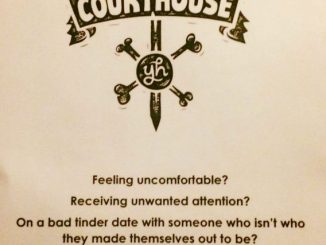 Your say: is the inner-west safe from islamophobia?