Experienced chef, Charles of Charles Bistro & Restaurant at the Leichhardt Bowling Club, has been in the hospitality industry for 36 years and is still as passionate about food now as he was the day he started cooking. Here Charles chats to Ciao about his famous fish curry…

Where did you learn to cook?

I studied in Malaysia and then finished my last year apprenticeship at the Summit restaurant in Australia Square. I also spent time working on a passenger liner where I was doing two weeks cooking on the ship and two weeks off the ship studying.

My fish curry – I get people coming all the way from Chatswood for it. It’s not just an ordinary curry; it uses spices imported from Malaysia, where I was born. I also use fresh okra and fresh aubergine to make the sauce and finish it off with fennel and mustard seeds. I specialise in seafood because I grew up with it.

Who has been one of your most memorable customers?

Going back to around 1982 when I was working at Flanagans Afloat (the floating restaurant in Sydney), I cooked for the late Richard Harris who came in for the Bouillabaisse soup.

What four ingredients do you think are essential in any kitchen?

What cuisines inspire your menus?

It’s more about ingredients than the cuisine for me. Aside from seafood, I enjoy cooking with meat too. I do a Black Angus, which is 180 days aged, sirloin steak. I do a lot of grain fed rumps and t-bones, and all of my steaks are 450 grams.

You took over the bistro at the Leichhardt Bowling Club just seven weeks ago, can you tell us a bit about what you’ll be doing there?

I will be spending most nights and weekends in the kitchen at the Leichhardt Bowling Club and also doing their special functions. It’s a beautiful venue for functions and there’s space for about 60 cars nearby on Charlotte Street, which many locals don’t even know.

This roast involves a two-hour cooking process in four stages; it’s slow-cooked meat at its best.

1.    The first stage of the cooking process is to rub oil and lemon juice on your meat and let it rest four 1 hour at room temperature. Then sprinkle with sea salt.

2.    Once prepped, put your roast in a baking tray and pop in the oven for ½ an hour for the first stage of the cooking process. Oven should be set at 220°C fan forced.

3.    When the first ½ hour is done, turn your knuckle around and cook on the other side for another ½ an hour so it is evenly cooked.

4.    When crackling is done, add 500ml of dry white wine and 500ml of stock (it can be veal stock or a light stock). Then seal the knuckle with foil and cook for another hour.

5.    You can use the jus to make gravy, and serve with creamy mash, or cabbage, apple, juniper berries and caraway seeds. 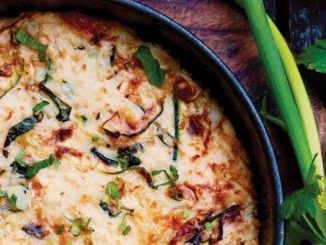 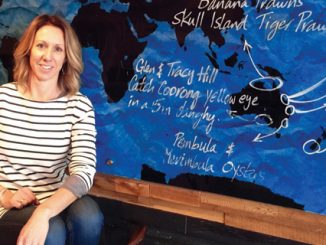