Bee keeping seems to be trending in the Inner West, as people unite to save these industrious creatures from increasing world temperatures, droughts, pesticides and floods that are threatening their numbers worldwide.

In homage to the creature that makes honey on toast possible, we taste test some of the best liquid gold on offer in the area…

The staff here explained that because the bees have had a bad season due to weather conditions their most popular honey product – raw and organic Ambrosia honey ($9.95/jar) – is out of stock until spring. People prefer the raw honey because it has not been heat treated and therefore retains more of its natural health benefits. The alternative, Organic Honey ($11.95), isn’t a bad option though, Ambrosia was one of the first Australian companies to gain organic certification way back in 1989 and is proudly Australian.

Big name supermarkets are also feeling the honey shortage at the moment and a note in Coles Leichhardt informs customers that efforts are being made to provide alternatives to unavailable brands. When we visited there were several well-priced varieties from Capilano (which merged with Wescobee Honey last year), Smith’s, Archibald’s and Airborne. Capilano’s ‘twist and squeeze’ honey tends to be a little overly sweet. A more interesting variety is the rare organic Himalayan raw white honey; a 340g jar costs $14.30 (double the price of most other honeys). But why buy something imported when you can buy local?

You’ll find raw uncertified biodynamic Yellow Box Honey for sale from the bulk bin here. True to its name, the honey is a light murky yellow colour and comes direct from Malfroy’s Gold, NSW. A jar will set non-members back $15, which is pricey compared to supermarket brands but the honey is delicious. Thick and sticky with a mildly sweet flavour, it goes gooey on hot toast. The honey can candy in winter sometimes because it hasn’t been heat treated and the bees haven’t been fed sugar – but I could eat this stuff by the spoonful.

This shop stocks two types of honey in large vats so you can buy what you need. It’s natural, raw honey; complete with a cloudy golden colouring and tastes good. It’s priced at $11.95 a kilogram.

For something unusual visit this deli for a jar of chestnut honey. Imported from Sicily, it’s made by the bees that have foraged amongst chestnut flowers. Unlike your average honey, it’s a dark golden brown, clear, smooth and with a strong bittersweet flavour. It’s better used as a natural sweetener in cooking than on toast for those who don’t like overpowering tastes.

You can pick up a 500g tub of Tonalli Apiaries natural organic honey for $8.50 at the Marrickville Farmer’s Market, which is a fair price. The honey is light in colour and taste and is sure to be a hit with those who like mild flavours. 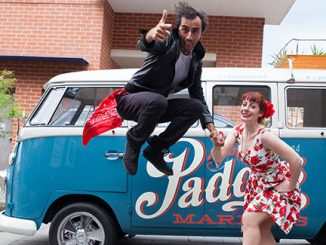 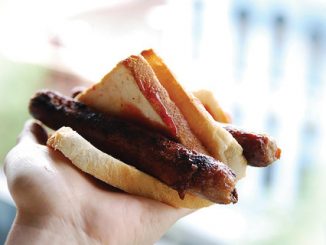