The lush lawns of Wimbledon have been the backdrop to many a tennis romance. This year Russian glamour girl Maria Sharapova cheered from the stands as her younger new beau Grigor Dimitrov stormed into the semis.

The media frenzy caused by this court-side courtship was reminiscent of past love games played out in public by the likes of Jimmy Connors and Chris Evert, and later Andre Agassi and Steffi Graf.

No wonder they made a saccharine Kirsten Dunst film about the All-England Club – imaginatively titled “Wimbledon”.

Not all tennis stories have a happy ending however. Chris Evert left Connors for British number one John Lloyd and Dimitrov dumped Serena Williams en route to playing doubles with Sharapova, proving some relationships sour as quickly as strawberries and cream left in the sun.

But there is a falling-out taking place in the game bigger than any two players. Criticism of the women’s game itself is becoming as loud as a grunt-fest between Sharapova and any of her robotic ball-bashing contemporaries.

Veiled comments from former greats – both male and female – have lifted into a recent chorus of open contempt from current players like Jo-Wilfried Tsonga and Ernest Gulbis. Falling TV ratings and sponsorship offers suggest the market place agrees.

The women have seemingly managed to eschew all the consummate court-craft that once captured the public’s imagination as much as men’s tennis did. A cleverly angled one-handed backhand or deft volley has no place in today’s women’s game when a high-tech wand of destruction can be waved with both fists.

Gone are the classic confrontations of contradictory styles between Navratilova and Evert Lloyd or the pretty games of chess played by feminist icon Billy-Jean King and our own Margaret Court and Evonne Goolagong-Cawley. To watch old footage of their finesse and guile is to witness ballet in tennis shoes and a demonstration of every shot in the text book.

Ironically it’s the lean, modern day metrosexuals of the men’s game that are more in touch with the subtle, gentle charms of the sport and who can make yesterday’s wooden racquet doyens of delicate tennis blush in amazed delight.

And while Federer glides around the court in lethal silence can anyone blame Nadal and Djokovic for grunting (almost) as loudly as the girls given the incredible power they mix in with their soft touch?

Perhaps when the ladies reconnect with the sport’s feminine side men’s and women’s tennis will once again complement each other.

• Words: Jason Dunne, Inner West columnist and author of Everyone is Henry Miller. 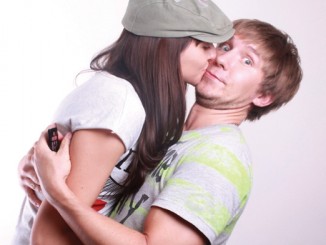 His and hers Valentine’s days