Potato peel pie is quite revolting. We do learn that half way in, and it’s as you’d expect of something concocted during a time of extreme wartime deprivation and lacking any of the essential ingredients (flour, diary, eggs) of an actual pie. Though the movie with the tongue-twisting title itself, from veteran director Mike Newell (Four Weddings and a Funeral), has all the crowd-pleasing ingredients anyone would ever want for a tasty heart-warming treat. First and foremost there’s Lily James herself (cripes, she’s gorgeous) in almost every frame, supported by a cracking ensemble of ace Brit thesps (Tom Courtney, Mathew Goode, Penelope Wilton) all at the top of their game. Plus an irresistibly hot leading man (GoTs’ Michael Huisman) combined with a dramatic background, spectacular scenery, romance, bravery, mystery and intrigue. There’s even a few good literary jokes for the book lovers pulled into cinemas by that impossibly twee title.

The story itself, adapted from Mary Anne Schaffer’s best-selling novel concerns successful writer Juliet’s (James) visit to Guernsey in 1946, the remote island off Britain’s coast occupied by the Germans during WW2. She goes on the trip mainly to avoid a boring book tour promoting a collection of columns she’s not terribly proud of, and then impulsively gets engaged to a rich charming suitor (you just know he’s not right for her – he’s a yank!) on the departure plank of the ferry. Once at her destination she discovers a lot more than just source material for the article she was researching. Mystery surrounds exactly what happened during the messy and brutal occupation – and some islanders would prefer that the truth not be told. Then there’s that hunky farmer she meets after he almost kills her by nearly dropping roofing tiles (shockingly unsafe workplace practices on Guernsey) on her head. Their eyes meet, and I could say, “you know the rest”. But then again, the way this admittedly fluffy piece of pie is served up may just surprise you. It did me – quite charmingly so. M at Palace Norton Street, Palace Central, Burwood, Rhodes and Dendy Newtown from April 19 ★★★★

The Song Keepers, directed by Naina Sen, is a remarkable and beautiful film about the Central Australian Aboriginal Women’s Choir as they embark on a historic journey to take back the hymns that were given to their ancestors by the German missionaries but in their own ancient Aboriginal languages and on their own terms. This  beautiful and heartwarming Australian documentary about the strength of women, music and stories of cultural survival, identity and cross-cultural collaborations only getting a limited release, but fortunately, one of the cinemas is our own Dendy Newtown. More details (including all the participating venues) here.

I Feel Pretty is Amy Schumer‘s latest attempt to repeat the success of Trainwreck. Reviews have been  embargoed until its day of release, ditto for Super Troopers 2 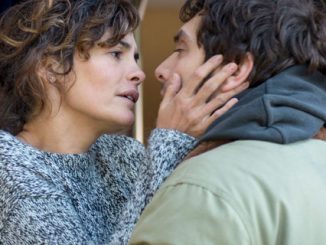