The Sydney Writers Festival is on from May 20-26 this year and features a huge number of talented local authors including journalist Margot Saville from Rozelle, as well as novelist and Sydney University creative writing teacher Sue Woolfe from Birchgrove.

How do you think things have changed for writers and journalists over the last decade, and what do you think the future holds for print media?
Sue: For a fiction writer, I find the transition to e-books very empowering – and I’m speaking as a very recent Luddite – some would claim I still am. I’m excited about the prospect of making my own publishing decisions, and of having a choice of asking a mainstream publisher for help, or going it alone.
Margot: Obviously the industry has changed enormously over the past decade. Thousands of publications have closed and tens of thousands of journalists have lost their jobs. However, I don’t think it’s that the industry has changed a lot – people still want to know what’s happening in the world – it’s just that the business model which paid for all that journalism has been broken. This means that journalists, like shop assistants and travel agents, are a group of people whose jobs have been transformed by the Internet.
About the future? I was discussing this with (ABC broadcaster) Mark Colvin the other day, and he said that he thought that journalism would move to an iTunes-type model, where we would all select the publications and journalists we want to read, and pay for that with micro-payments.
For instance, I will probably end up subscribing to sites like The Sydney Morning Herald and The Monthly but also look for overseas columnists and writers I like, and pay for their articles on a per-piece basis. I currently pay $20 a month for the New York Times, which I think is great value.

Why do you think it’s important for human beings to record their stories in words? What compels you, personally, to continue writing?
Sue: We find out we’re not alone. Personally, it helps me make sense of things.
Margot: In 1946 George Orwell wrote an essay entitled ‘Why I Write’. In it, he says that there are four explicit motives for writing. For Orwell, writers do so out of “sheer egoism, aesthetic enthusiasm, historical impulse and political purpose.” The essay concludes that “I have made it appear as though my motives in writing were wholly public-spirited. I don’t want to leave that as the final impression. All writers are vain, selfish, and lazy, and at the very bottom of their motives there lies a mystery.”
As usual, Orwell is right.

What’s the hardest thing about being a writer?
Sue: Having to publish.
Margot: Making yourself sit down at the keyboard! I am a terrible procrastinator with a bad habit of over researching. It’s actually easier to write to a short deadline than a long one – on the days I file for Crikey I don’t have time to faff around having coffee, making elaborate curries from scratch or reading Caitlin Moran columns. Then, it’s just water, adrenalin and swearing.

During the Writer’s Festival Sue Woolfe will be appearing at the ‘Who We Are Without Language’ discussion from 11.30am on May 25th, while Margot Saville will be considering the future of print media during the ‘Is Caxton Cactus – Newspaper Nullius?’ discussion forum – also on May 25th, at 5.30pm. 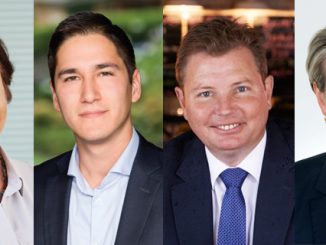 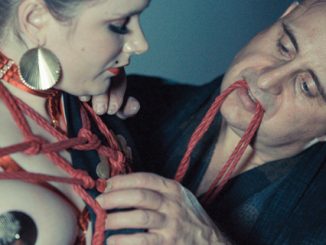 At home with Mark De Viate