One of Sydney’s biggest and most popular international Film Festivals is returning to Norton Street (and elsewhere) from March 3 -22. This year, (its 26th), revered film critics Margaret Pomeranz and David Stratton are the Alliance Française French Film Festival‘s official 2015 Patrons, and they’ve personally selected seven of the top-notch line-up. A big reason why the quality of French films is so high is that country’s unique box-office tax – whereby a portion of every admission ticket goes to the funding of the local industry. That makes the selectors’ job hard – there are just so many from all genres to choose from. But the result is a treat for film lovers. Apart from sumptuous visual feasts like the Opening Night‘s Gemma Bovery and the final night’s encore screening of Paris, Je T’aime, there are forty-five more reasons to enjoy the very best of France.

Ciao’s picks David is spot-on with The Blue Room, but Margaret (3 Hearts), what were you thinking? The best thing about festivals is discovering films that you rarely see elsewhere, so don’t miss Céline Sciamma‘s explosive and tough Girlhood – about growing up in the black outskirts of Paris. If you like a something softer and a bit teary (guilty) – try The Bélier Family.

*Thanks to the Alliance French Film Festival we have 10 double in season passes to festival screenings give away. – See our Giveaways page for details and how to enter

Lucky Ellie Klug (Toni Collette), the street mag journo who works in a to-die-for Seattle warehouse office, but who (apparently) never actually has to do any work! She just parties most nights with hunky indie rock musos while her benevolent pot-smoking boss pays her a generous salary plus expenses (Ciao’s publisher please take note). But said employer (Oliver Platt) does finally get worried about his plummeting print run and bottom-line, and gives the career-stalled, stuck-in-a rut Ellie an actual assignment – to track down her ex, an enigmatic Kurt Cobain-like local rock god who may or may not have committed suicide 10 years earlier. Megan Griffiths’ film is fun in a kookie way, it’s sweet but slight… After a few amusing meanders with a weirdo benefactor (Thomas Haden Church) it’s no spoiler to say Ellie finds the elusive singer – and herself. The really pleasant surprises are just how strong and poignant those final scenes with him are – and the (uncredited) super-star who has the role. CTC from Mar 5. Exclusive to Dendy Newtown.

Sin City: A Dame To Kill For

Co-directors Robert Rodriguez and Frank Miller reunite to bring more of Miller’s visually stunning graphic novels back to the screen in Sin City: A Dame To Kill For. Like the 2005 original, this outing is in luscious black & white, and again the plot involves several storylines – all drowning in corruption and evil. Some of the same tough-guys (Micky Rourke, Josh Brolin, Joseph Gordon-Leavit, Bruce Willis) and dangerous babes (Jessica Alba, Eva Green) reappear – to be deceived, exploited and beaten to a pulp. There may not be much that is new, but its still a great sequel, for life in Sin City is never easy. No one has learnt a thing since their last schlocky neo-noir outing – except that power corrupts, sex sells, and brute force always wins. MA15+

* Thanks to Icon Home Entertainment we have 5 DVDs to give away. Details below.– See our Giveaways page for details and how to enter

Marc (Benoît Poelvoorde) is a balding plain man with a scruffy beard and boring job as a tax inspector, yet effortlessly has two beautiful French women (Charlotte Gainsbourg and Chiara Mastroianni) in his thrall Well, these things apparently happen in France (apparently!), and director Benoît Jacquot’s wry comedy of manners is nothing if not French. It has fantastic food, obsessional destructive lust, a ménage à trois (the two women are sisters), French icon Catherine Deneuve and everyone smokes constantly – especially during meals and after (naturellement) coitus. What it doesn’t have is any credibility, or for that matter, laughs. The plot concerns Marc’s efforts to keep the two women (he’s married to one) from knowing about his secret life while battling a chronic heart condition brought on by the tension of keeping them apart (errr, not by all that smoking?). CTC. Screening as part of the Alliance Française French Film Festival– Mar 3-22 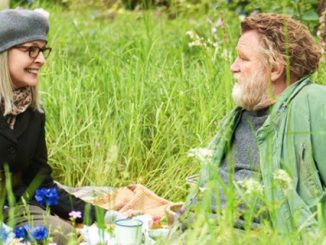 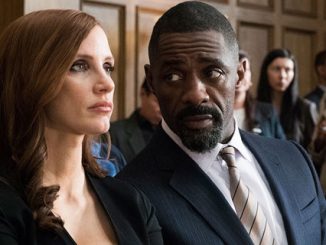 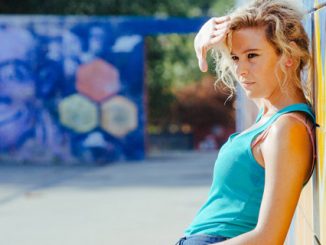