On 12 June 2014, I joined a team of concerned locals to launch the non-party political community action group, Defenders of Our Land Water & Future (Balmain Defenders) at Leichhardt Town Hall.

The launch featured a screening of the short film ‘Fractured Country’, which tells the story of the large and growing Lock the Gate movement against Coal Seam Gas fracking in Australia.Balmain had an operational colliery from 1897 until 1931 and the site, on the corner of Birchgrove Road and Water Street, produced natural gas up until 1945.

And while it is unlikely that these resources will be extracted in our area again, the application by Dart Energy in 2010 to extract coal seam gas from a site in St Peters demonstrates that this industry needs to be kept in check. In the six months since our inception, the Defenders have focused on the adverse consequences of both coal and gas mining, which are currently causing concerns such as the devastation of prime agricultural land, the direct toxic effects on people’s health, and the destruction of communities in both country and city – not to mention reported links to corruption!

Defenders have organized several local events such as a stall at Norton Street Fair, a regular presence at Orange Grove Markets and celebrity presentations. But probably our biggest success was the Defenders Community Picnic on September 21st, the day when almost a million people around the world mobilised for climate change. At Glebe’s Bicentennial Park, Defenders rallied thousands of people to join together to spell out the words ‘Beyond Coal & Gas’. The aerial photograph was beamed around the world and became one of the iconic images of the day.

However, our principle effort to defend our land, water and future from coal and gas mining, has been to get local residents to complete a simple survey. Through our doorknocking and event-organising efforts, our small group of volunteers has collected over 1000 surveys. We have found that 98 per cent of respondents want the NSW government to declare “no-go zones” for coal and gas mining in our drinking water catchments and productive farmlands, and 97 per cent want the Inner West area declared coal and gas mining free.
Just as Leichhardt Council declared itself a Nuclear Free Zone in the 1980s, the Balmain Defenders has decided to approach the mayor Rochelle Porteous, to request that council declare the Leichhardt LGA Coal and Gas Mining free.

Defenders meet at the Annandale Neighbourhood Centre every second Wednesday at 6pm starting back on January 21st. 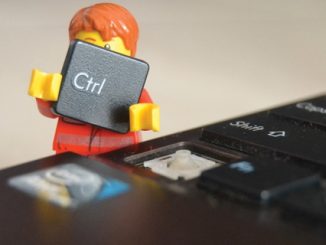 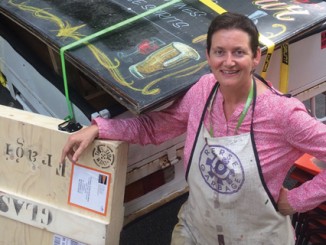