It’s a road test that had to be done: public toilets. Which are the cleanest? Which are the ones to avoid at all costs? Which are notorious for running out of toilet paper? We don plastic gloves and goggles to investigate…

At this public toilet in Annandale, only two unisex cubicles are open to the public with one hand basin between them, as the men’s only block seems to be locked on the average day (we investigated on a Monday afternoon). While, from the outside, this is probably one of the prettiest public toilets in the area, it’s a totally different story on the inside. There are leaves all over the floor, which I understand is hard to avoid in a park environment, the toilet seats are marked and wet and there’s toilet paper all over the floor. 2.5/5

The Norton Plaza amenities are a lot more modern, well-maintained and cleaner than the Forum’s; they even have a choice between air hand dryers and paper towels, plus a full-length mirror (this comes in very handy for checking if you have toilet paper stuck on your shoe). There is also a parents’ room facility, making things a little easier for mums with prams. My only gripe is that the timed taps only stay on for a microsecond, which is kind of annoying. 4/5

While the sign outside reads “Out of Service: Closed for repairs until further notice”. Rumour has it that these toilets were continually being ‘misused,’ causing community concern, and closed as a result. Who would’ve thought some people need an instruction manual for proper bathroom use? Work for a new accessible toilet block is planned for early next year. However, if you find yourself in Drummoyne needing to relieve yourself, you’re welcome to use amenities at the Civic Centre on Marlborough St during business hours. The Civic Centre is clean, safe and well-maintained. 3/5

Recently a friend of mine found herself stuck at Petersham Station busting to use the loo, only to find it was locked and that all transit staff in possession of a key had mysteriously disappeared (it was only 4pm!). She was forced to run across the road to a pub. I’m not sure if this is a common occurrence at Petersham but my advice? Always go before you leave home! 1/5

As you might expect in Balmain, this public toilet block is housed in a kind of brick cottage with sandstone steps. Unfortunately inside is reminiscent of how I’d imagine a prison bathroom to look – complete with stainless basin and toilet. However, it is clean, stocked with toilet paper and hand towels, and seems well-maintained (aside from the difficult lock) so I can’t complain. 3.5/5 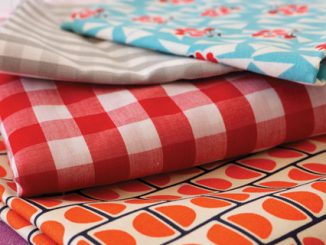