There is a lot to discover in the Kansai region of Japan. Travel editor Winsor Dobbin goes exploring.

Most first-time Australian visitors head straight for Tokyo, but there is another, cheaper and easier option, in the Kansai region.

With direct Qantas flights to Osaka Kansai airport, Australian tourist have a wide range of attractions within an hour of Osaka city, including the former capital of Kyoto, Lake Bewako, Himeji Castle, the parks and old buildings of Nara and the busy city of Kobe.

All are linked by Japan Railways West or Keihan Railway lines, making travel safe and easier for newcomers, and daily and weekly passes are available to reduce costs. Local trains are quick and reliable and far less expensive than the famous shinkansen bullet trains.

Japan is very different to anywhere else on the globe and visitors will discover many quirky attractions in and around Osaka – Japan’s third city.

What about staying in a French auberge overlooking the rice fields in rural Sakurai; a paddle-wheeled ship called the Michigan on Japan’s largest inland lake, a discount store with its own monster Ferris wheel, an open-air art gallery featuring the works of European Masters, and meetings with dozens of Japan’s cute-as-a-button regional and business mascots.

What about the chance to stroll the old streets and temples of Kyoto dressed in traditional Japanese garb; ride a mountain cable car, learn to create sushi at sushi school or explore Japan’s leading whisky distillery.

The options are many and varied – and you can choose between staying in modern western-style hotels, or traditional ryokans, or inns, where you sleep on the floor. Traditional onsen bathing pools are also popular.

A few years ago, Japan was regarded as an expensive destination for Australians, but nowadays hotels and meals are cheaper than at home, particularly if you enjoy ramen noodles and simple dishes in taverns, known as izakayas.

Travel around Japan is easy – the public transport, particularly railways, are multilingual.

Among the many highlights of my recent trip as a guest of Kansai Gastronomy Tourism Promotions:

The setting is purely Japanese with rice fields and mountain views, but this luxury hotel around an hour from Osaka is modelled on a classic French resort hotel; right down to the degustation menu for dinner which features a Japanese take on French ingredients including foie gras.

Visit traditional temples and join local Japanese folk on their weekend promenades through this beautiful park, but also be prepared to be hassled by the resident deer population, which relies on tourists for its food. The park is home to hundreds of roaming deer, considered in Shinto to be messengers of the gods. Nara’s nearly 1200 deer have become a symbol of the city and have been designated as a natural treasure.

Japan is known for its sakes and beers but has also emerged as a leading producer of whisky. The Suntory company is the biggest producer and hosts fascinating tours and tastings. Go behind the scenes (tours are conducted in several languages), then sample the product.

Dress up in Japanese chef’s gear and then learn how to prepare your own sushi – from the ground up. What could be a kitsch experience is fascinating. The tutors are animated and friendly and teach the difference between the several species of fish. You get a certificate at the end if your sushi passes muster.

In the heart of neon-lit Osaka, this discount store offers a uniquely Japanese experience and is a great spot to pick up last-minute gifts. It carries an absurdly wide range of products, from groceries to electronics, clothing to high-end watches, cosmetics to chocolates. The store in Dotonbori is open 24 hours a day – and it has its own trademark yellow Ferris wheel. Ride to the top for sweeping views of downtown Osaka.

Lake Biwa is a large freshwater lake in Shiga Prefecture, north-east of Kyoto. It is known for its fish, migratory water birds and wetland regions. Around the lake are historic sites including the 17th-century Hikone castle and the 8th-century Buddhist temple complex Enryaku-ji. The modern Lake Biwako Hotel at Otsu overlooks the lake and is home to the excellent Ohmi teppanyaki reastaurant. The stylish Michigan paddle steamer (Michigan is the sister state of Shiga) offers luxury cruises.

Owned by the Ozeki sake brewery, this Hokkaido-style restaurant in Kobe serves a wide range of fish, meats and vegetables cooked over flames, robatayaki style, and then served to diners by a female chef using long paddles. Fun and inexpensive – and best matched with sake.

The largest and most-visited castle in Japan, this dramatically beautiful castle complex in the city of Himeji dates back to 1333. It was listed in 1993 as one of the first UNESCO World Heritage sites in the country and has a fascinating history. 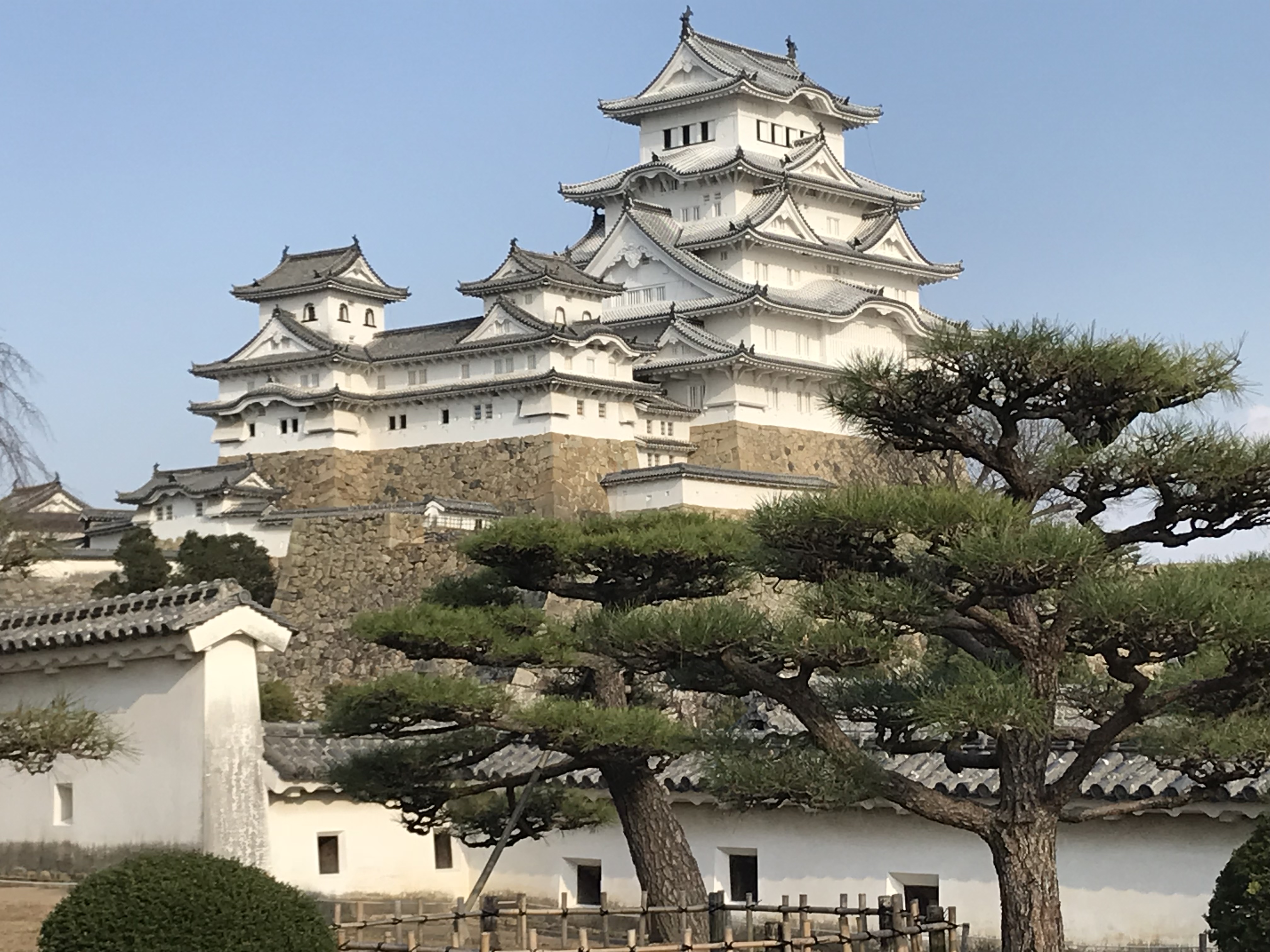 Take in some spectacular views from the Sakamoto Cable, a funicular railway in Otsu. The line opened in 1927, as an eastern route to Enraku-ji, a famous temple on Mount Hiei. This is the longest funicular line in Japan and a charming step back in time.

This mountain-top outdoor art gallery near Kyoto is set in gorgeous gardens with life-size replicas of works by Monet and Renoir as nature and art co-exist.

Take in some superb views from the top of the 131-metre tall Kyoto Tower, which opened in 1964 just across the road from Kyoto Station. The tower is on top of a commercial building, which contains souvenir shops, restaurants and a hotel, as well as public baths in the basement. Head undergound to a food hall and bar area thatt offers a wide range of traditional dishes, craft brews, and the chance to taste several sakes. Perhaps sample some anago (conger eel) or try some revered melt-in-your mouth omi beef.

Most visitors will want to sample matcha and wagashi, traditional Japanese sweets, and possibly enjoy a traditional tea ceremony. Throw in delicious meals in noodle bars, those cute mascots that you find everywhere in Japan, fast wifi and a surprise around every corner and you have an excellent family tourism destination.

The writer was a guest of Kansai Gastronomy Tourism Promotion Council and associated companies, including Keihan Holdings and JR West. Pick up the Osaka-Kansai Gourmet Food Map when you arrive for some helpful regional itineraries. www.kansaibishoku.net/en

The Hotel Vischio by Granvia is a recently opened, centrally located and affordable hotel choice in the busy Umeda precinct of Osaka, just a short walk from JR Osaka Station. www.hotelvischio-osaka.com/en