• It’s hard to know who went more over the top last Saturday, the cops or the teenyboppers at the Enmore’s Hot Dub Time Machine gig. The dance party gig was shut down an hour early after approximately 50 cops and riot police circled the venue and ordered the music to stop, citing safety issues for those outside. The Enmore was kept closed for the next 24 hours. Revellers reported ambos in the bathrooms helping a girl who had passed out and “fifty or so 16-year-olds smacked off their faces from messed up pills who were vomiting everywhere.” Most pointed out it was a minority of people causing any trouble at the all-ages event. As one fan said, “They were all music nerds like me,” which was probably true given the nature of HDTM’s shtick – playing tunes from the past half-century in strict chronological order.

• A new round of protests have been sparked in reaction to the lastest updates on the Westconnex project. Residents of Annandale and Leichhardt have been holding small demos over the planned construction of mid-tunneling points of Dacey Road and the triangle of land between Parramatta Rd, Bridge Rd and Mallett St.

• Followers of Kate McClymont would have noted the murder of crime boss Pasquale Barbaro – who had earlier survived an assassination attempt on Norton Street (Dec 2015) at the Italian Forum where he then lived. 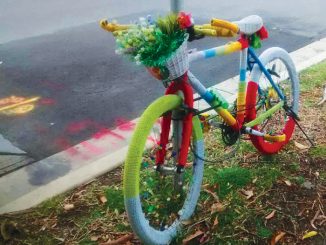