Movie of the week: The Guilty

If you ever have to dial 000 in an emergency, you’d better hope you don’t get someone like demoted cop Asger Holm (Jacob Cedergren) on the line. Within his first few calls in writer/director Gustav Möller’s masterfully claustrophobic thriller, he lets us know in no uncertain terms that he doesn’t like his despatch centre job or the people he has to deal with. He lectures an OD victim, “Well it’s your own fault, isn’t it” before wearily summoning the necessary assistance. He lets a man who has just been robbed by a lady-of-the-night, “sit in his car for a while and think about his situation,” and then snaps at an injured woman who has fallen off her bicycle, “So don’t ride while drunk.” Nice one, Asger… (Aren’t these calls “monitored for training and quality control”?) But then he gets a call from a terrified woman, Iben (Jessica Dinnage, heard but never seen) who can’t speak freely but seems to be in genuine danger. Finally he snaps into gear. She’s being kidnapped by her violent estranged ex, it seems, and her small children may also be at risk. But, as he slowly learns, something else may be going on here too…

Keeping her on the line while trying to pinpoint her location and send help, he makes a series of desperate calls to police despatch, her family and even to a fellow cop – his ex-partner on the beat. Using tight handheld shots, Möller rarely lets the camera stray from Asger, his sweat and furrowed brow driving the mounting slow-burn tension. It’s during these calls that we learn more about both Iben’s situation, and why Asger has been benched – he’s actually awaiting a court hearing on a work-related crime – the details of which we only learn later. Eventually as the story twists and turns, the two arcs intersect in a spectacularly stomach-churning way, and all the time we’ve never left the confines of his office. It’s an incredibly daring way to tell a story, and only some amazing acting and a razor-sharp direction could pull it off. Which both Cedergren and Möller achieve, flawlessly.

The Guilty is a race against time playing out in real time and sure, some aspects do strain credulity at bit, especially towards the end. But you’ll only start nit-picking the plot points (always good fun anyway) after your own sweat has dried and that tight knot in your stomach has started to unwind. Like the equally unconventional Locke which never left Tom Hardy’s car, this is a superb, highly-strung minimalist thriller which fully deserves the critical love ( 99% Rotten Tomatoes) its been getting worldwide. It’s also picked up a slew of awards and nominations, including the Audience Award at Sundance and Rotterdam. It screened at the Sydney Film Festival last year, and is now in Sydney getting a welcome release exclusively at Dendy Newtown. M from Feb 28 ★★★★

With Neil Jordan (The Crying Game) directing and Chloë Grace Moretz and Isabelle Huppert on board – you’d have every right to expect a bit of art-house class, even in a campy pulp thriller like this one. Don’t, for sadly this derivative pot-boiler feels peculiarly dated – too much like every other psycho-stalker drama you’ve ever seen. And even in a genre which depends on its characters acting dumbly in putting themselves at risk, the actions of its heroine stretch credulity way past the (“oh forchrissake, don’t go THERE!”) breaking point.

Lovely but naively trusting Frances (Moretz) shares a to-die-for Tribeca loft  – of the exposed brick walls sort that only exists in Hollywood movies, with enough space to ride a bicycle around (and she does), with her bestie Erica (Maika Monroe from the infinitely scarier It Follows). One day on her way home from work she finds a handbag on the subway, and kindly returns it to its owner, the titular fruitcake Greta (Huppert), who lives in a dark, dangerous and dinghy corner of Brooklyn – the only bit of it left which has escaped gentrification, apparently. Though of course her terrace house has been renovated – it has a dark deep cellar, boarded up rooms and very strong padlocks.

Though over-solicitous, Greta is gracious and only mildly suss at first, it takes quite a few more set-up scenes before she goes garishly nuts (Huppert is good at that). Greta then does contain one surprising piece of gore – a genuinely inspired use of a cookie cutter and rolling pin. But the rest of its stale kidnapping, stalking and torture tropes barely deserve the commitment its two excellent lead actresses so very gamely invested in them. MA15+ from Feb 28. Local inner west cinemas include Palace Norton St, Central, Burwood and Dendy Newtown  ★★

An adorable rescued pit-bull called Bella gets herself lost in the Colorado mountains and has to sniff her way back to her owners in A Dog’s Way Home.  Along the way she has all sorts of adventures, broadens her outlook on life by spending some quality time with a gay couple and saves a stranger from being buried by an avalanche. She also makes friends with a cat  – actually, an orphan cougar cub. Now before you shout, “that couldn’t happen!” relax, the cub is a computer-animated fiction – so it could. Don’t bring popcorn to this one, buy an extra big bag of kibble for your new best friend. PG fromFeb 28 (Palace Norton St, Central and Burwood)

Why are there so many movies being made about criminal old codgers all of a sudden? Ok, so I do know the answer – the whole western world is going grey – including its cinema audiences. So Clint Eastwood was The Mule, Robert Redford was the The Old Man & The Gun, Morgan Freeman was Going in Style… That last one also stared Michael Caine, who is back robbing, cheating and behaving very badly in King of Thieves – which includes just every British male actor over the pension age still working (Michael Gambon, Jim Broadbent, Tom Courtney, Ray Winstone). I haven’t previewed it, so don’t really know anything more than the trailer. Maybe they lost their deemed franking credits and were forced to steal a bunch of jewels. Or something… M (Palace Norton St, Central and Burwood) 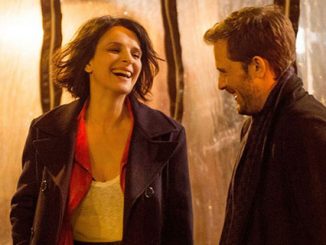 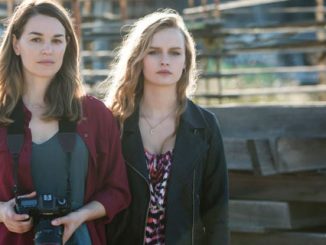