Outside of the Sydney Film Festival, the Alliance Française French Festival is now the biggest and most popular celebration of international cinema in Australia. It’s back at Norton Street (and elsewhere) from March 1 -24 and once again celebrated critic David Stratton is a patron.

Serious cinema lovers will no doubt find his five top selections all reliably satisfying, but it will be hard to overlook others from the line-up of 48 titles featuring the best French and worldwide acting talents.

★ Thanks to the Alliance Française French Film Festival we have 10 double in season passes to festival screenings give away. See our Giveaways page for details. 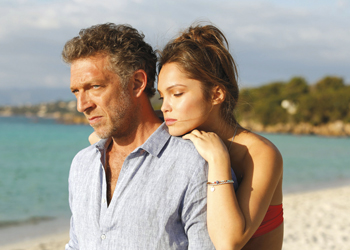 After the devastating The White Knights, you may never feel the same way about refugee charities again. Mumbai terrorist victim tale Taj Mahal is another astonishing standout, and not likely to be seen outside the festival.

The relationship drama Mon Roi from the gritty Polisse director Maïwenn packs quite a punch, though the character played by Vincent Cassel is pretty annoying… He’s much better as the ‘cool’ dad who gets way too cosy with his best friend’s underage daughter in the slyly funny One Wild Moment. What a creep! 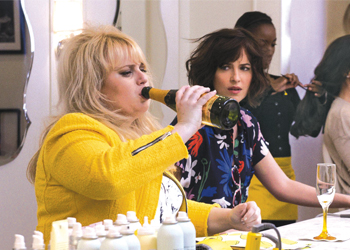 How To Be Single

Who knew Fifty Shade’s demure virgin (Dakota Johnson) could be so good at raunchy comedy? As Alice, a newly single New Yorker, she’s not a patch on co-star Rebel Wilson, of course, but who could ever out-raunch our own supersized superstar?

Despite the title, Christain Ditter’s film is neither an instruction manual for flying solo nor a totally mainstream rom-com. It’s almost the latter… solidly shallow and certainly no Girls or Broad City. But its ensemble of camera-ready charismatic actors (Leslie Mann, Alison Brie) and assortment of the most right-on bros an inner city single gal could ever hope to hook up with (Jake Lacy is a standout) all deviate enough from the formula to provide a satisfying arc with plenty of solid laughs along the way.

And blokes don’t come off too badly – after all, we are useful as sperm donors. Plus we also know how to reset the router and operate a TV remote. What more could any woman want? 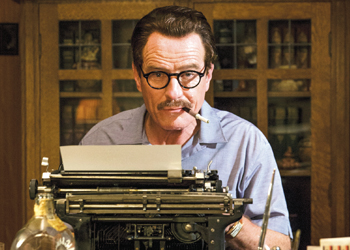 Movies about writers are often difficult – there’s nothing less cinematic than a guy at a typewriter. That’s solved here by showing our hero in the bath, smoking a cigar with a bottle of scotch by his side, manically typing away and cutting and pasting (the pre-computer way – with scissors and sticky tape). It’s a scene repeated too often, and often accompanied by him bellowing at his unfortunate family.

And there’s quite a bit of bellowing too, as Dalton Trumbo (Breaking Bad‘s Bryan Cranston) is portrayed as a self-righteous, somewhat pompous “champagne socialist.” He was actually a successful Hollywood scriptwriter whose career came unstuck when America went Commie-crazy in the 50s.

Unlike many in Hollywood, he stuck to his guns – denounced no one, spent a year in jail for contempt and continually railed against the injustice of the blacklist. Anyone on it simply didn’t get work, so instead he doggedly pounded out exploitative schlock anonymously (for a producer colourfully played by John Goodman) for the best part of a decade before the whole stupid and shameful PC regime crumbled under the weight of its own absurdity.

Best known for Roman Holiday and Spartacus (dangerous left-wing propaganda – obviously!), it’s a pity this talented workaholic writer wasn’t served with a better script himself. Jay Roach’s film is clearly well-intentioned, yet feels curiously flat. Cranston certainly brings style and gusto to the role, but he will still be searching for a post Heisenberg breakout.

Writers who should be blacklisted

The PC thought police who jailed Dalton Trumbo in the 1950s had a devastatingly effective way of controlling public opinion – anyone with “unacceptable” views was banned from working in the media. Give you an idea? Lots of people should be banned, at least in the Inner West.

★ Andrew Bolt – His crimes are too many to list, the worst being that he has millions of readers outside the Inner West, while The Guardian only has about 10. Ban him.

★ Mark Latham – Mostly this self-proclaimed “voice of the suburbs” is more amusing than dangerous, though his sneering at inner city elites can’t go unpunished. Banned!

★ David Morrison – We all know that a certain trans woman should have won Australian of the Year, or at least not a white man. Therefore, Morrison must be banned.

★ The Australian’s columnists – Of course freedom of the press is important, but some opinions are just too dangerous to be allowed. With the exception of Phillip Adams, blacklist the lot of them.

★ Latte Leftie – How long can this class traitor be allowed to insinuate that we progressives are as venal, hypocritical and selfish as Labor and Liberal voters? Preposterous! Like Dalton Trumbo, he must be silenced. And jailed. 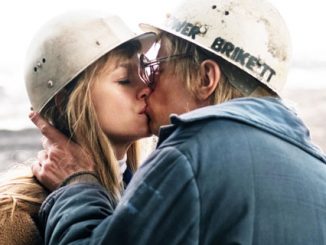 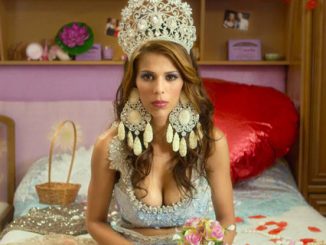