I’m a digital native. Get me out of here.

Hi. I am a millennial. I like technology and stuff.

I sleep next to my phone and I wake to Facebook. But you know what? I like other stuff too. I like truth, trees and, I don’t know, future generations being able to inhabit this earth and enjoy all these things as much as I do.

Amongst my fellow ‘digital natives’, as well as digital adoptees, there are a lot of people who think technology is kind of ethereal. Wi-Fi just floats through Norton Street willy nilly and our emails, documents and contacts are stored in a fluffy white cloud.  You may think going digital has made your life more efficient or green but “the computer says no”.

In 2011 it was estimated that the power gobbled by digital devices and networks accounted for 2 per cent of energy consumed worldwide. It may not sound like a lot, but that’s the same amount of energy used to fuel the world’s aviation industry – that is all the flights, everywhere. And that was five years ago.

Now we are encouraged to store more and more of our data onto clouds. Using cloud computing in business is recognised as a necessity. In our personal lives so many of our memories and documents are already on the cloud. If you use Facebook, Gmail, Google docs, Microsoft 360 or any other cloud storage and software services, you have to accept the harsh reality that your data is not floating around in Internet heaven. It is being stored in massive bunkers (most likely overseas) containing aisles and aisles of servers that not only require energy to function 24/7 but need huge air conditioning systems to prevent the hardware from overheating. It’s estimated that 50-80 per cent of data centres are coal powered. Yep, very cute and fluffy.

Even if they look super sleek and smart at the time of purchase, everyday digital devices have been designed for obsolescence. Your Macbook is made to last five years. Not only is that a major rip off, given that 35–40 million tons of e-waste is generated every year, intentionally building an end-point into digital products is a major failure of corporate responsibility. Recycling e-waste is problematic as devices contain harmful chemicals such as lead and mercury, and most recycling is performed as unskilled labor in poorly regulated conditions. Seventy per cent of the world’s e-waste ends up in China, the majority of that in Guangdong province where the plight of those poisoned and internally displaced due to e-waste’s toxicity has attracted scant media attention. There’s no doubt that harmful and exploitative work conditions continue to plague the creation and disposal of our digital playthings.

So can we continue to call our devices green if they are hazardous to manufacture, built to fail, and difficult to recycle? When they are largely powered by coal? I think even Siri would have to disagree. 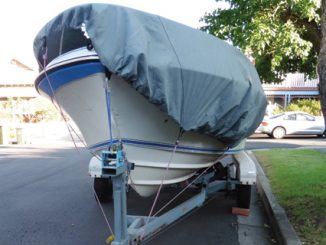