Ready for Lunar New Year’s Eve? Well, guess what – it was last Saturday! But the thing about Lunar New Year is that celebrations ramp up throughout the proceeding fortnight.

Welcome in the Year of the Rooster with festivities inspired by Chinese, Vietnamese and Korean tradition happening all over your neighbourhood. Food, fun and films to be had!

Celebrate new beginnings with water views and an after-dark celebration. Communities for Communities have organized a sunset cinema experience at Foreshore Park in Rhodes where they will be screening King Fu Panda on the big screen with a variety of food vendors, traditional performances and kids’ entertainment throughout the night. The film will begin after sunset and the celebrations will end with a bang – yep, that means fireworks.

If you are looking for fancy fare and an inspired atmosphere head on down to Kensington Street, where a block party is being hosted between the White Rabbit Gallery, Spice Alley and the refurbished Old Clare Hotel. Apart from gourmet eats, the China Culture Centre and the Sichuan Department of Culture will host workshops for all ages: make a lantern, learn to fold dumplings and create sugar sculptures. Catch street artists working live on a Year of the Rooster mural at the Old Rum Store, and listen to the latest in K-pop and C-pop tunes. That’s a lot of fun to pack into 5 hours.

Burwood will be ushering in the New Year with a spectacular China Fun Lunar New Year Carnival at Burwood Park, hosted in conjunction with the Australian Culture and Commerce Association. The park will be filled with over 100 food stalls surrounding the mainstage, which will feature performances from the Youth Dragon and Lion Dance group, Sunny Performing Arts and more. There will also be martial arts and calligraphy demonstrations throughout the day, as well as a Chinese opera workshop.

You don’t care what you do to celebrate the Lunar New Year as long as you see the Lion Dance, right? Well then, Marrickville’s celebration is just your ticket. Grab a snack at the Alex Travallion Plaza while watching the aforementioned Lion Dance, and say hello to the Chinese God of Fortune as he follows the procession through local businesses wishing them good luck and wealth. He might even stop to give you a special red envelope! 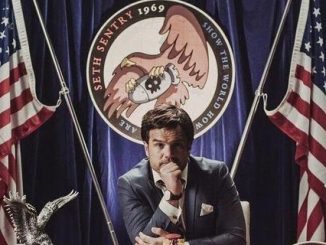