From the sleazy to the sublime, there’s something for everyone amongst this week’s art-house movie releases

Those who green-lighted this adaption of David Harrower’s dense and gut-wrenching 2005 play about 40 year-old man’s affair with a 13 year-old girl are brave men (and no doubt all men). So too is Ben Mendelsohn, an actor who never shies from a challenge, here taking on the role of someone we would normally consider a creep.

Aussie Benedict Andrews is an established theatre director, but Una is first big-screen work. He’s opened up the two-hander to include flashbacks, new characters and scenes, which is just as well. Mendelsohn plays Ray/Pete, the guilty man who has served gaol time because of his illicit affair with Una (Rooney Mara in the present and a devastatingly effective Ruby Stokes as the younger girl). He’s blindsided by her sudden re-appearance in his life when, for less than clear reasons, she tracks him down at work. Some of the scenes in the warehouse there seem too stage-bound and stilted for the cinema, and a bit of what happens there doesn’t ring true at all. But that’s a minor quibble, what’s more important is the chemistry between the two great actors, both at the top of their game and the sharp, penetrating dialogue, which sizzles with anger, regret, pain and sexual longing.

Una is quite clearly damaged by what happened and in no sense is Ray excused, though Mendelsohn does his best to get us to understand it, and even feel some sympathy. Does he deserve to have his new life ruined? That’s not really the question posed by this highly challenging movie, but after that final, harrowing scene, there won’t be a many viewers not squirming and churning. M from June 22.
★★★ 1/2

“I fear you must prepare yourself for a polka.” Yes indeed, though if the thought of petticoats, poetry and polka do fill you with dread, then maybe Terence Davis’ highly stylised telling of the difficult life of American poet, Emily Dickinson isn’t for you. But you’ll be missing one of the most highly praised art house hits of the year. In fact the acclaim has been so excessive and so universal, especially about Cynthia Nixon’s performance as the reclusive scribbler, that’s it’s hard to find new adjectives. They’ll all be on the ads, so I won’t try, and just mention Davis’ films are all visually gorgeous, and this is no exception. He also made one of my all time favourites, Distant Voices, Still Lives, and though there’s less singing and absolutely no domestic violence (not the physical kind!) in A Quiet Passion, there is the same melancholy, barbed wit and personal pain. They’re all most evident in Emily’s scathing exchanges with her family (Jennifer Ehle, Keith Carradine). We’re given an insider’s look into a complex genius’ own private hell here, something she was only too ready to tell us about. Quiet? Her passion was anything but. PG from June 22. ★★★★

This crisp neo-noir thriller snuck onto our local screens barely announced, perhaps in response to some less than kind US reviews (withering, actually). Though at least Variety got it right, calling Detour “substantial and surprising” and likening it to “Sliding Doors reimagined by Quentin Tarantino.”

Writer/director Christopher Smith certainly has a few tricks up his sleeve, especially when that alternative narratives structure morphs into something else. By then its slick twists will have kept us invested and surprised, even as its “good boy done a bad thing” genre-heavy plotline suggests that we know what’s coming. Well, nope, we don’t… Tye Sheridan plays the over-privileged law student, Harper, seething about the neglect his despised stepfather is showing his comatose mother after a car smash. One night he drunkenly spills his guts to a snarling punk in a bar, Johnny (Emory Cohen), ordering a hit for $20,000. The next morning Johnny turns up at his well-heeled suburban mansion with his beautiful but damaged stripper girlfriend (Bel Powley) in tow, intent on executing their murderous plan. The tense follow through of this trio is one plot. In the other, Harper closes the door, though what happens then is just another nightmare.

Eventually the two stories converge, but only after a succession of low-life bruisers have done their dirty deeds in an impressive lot of artfully composed shots. The final line is almost a classic, one of the classiest you’ll ever hear in a scungy Californian crime thriller. MA15+ from June 22. ★★★1/2 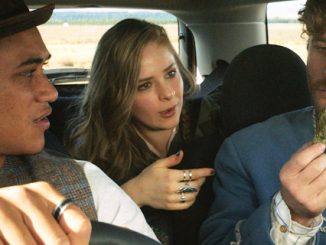 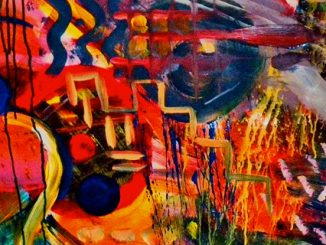 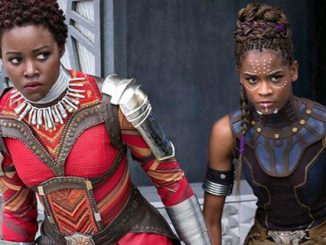