School of Rap founder, Joel Rapaport spoke to Ciao about the event and his social enterprise, which seeks to inspire young people by teaching them how to rap. Joel said it was “amazing the broad spectrum of people that doing rapping workshops with can affect and engage with in different ways.”

“I’ve worked with a lot of different kids and adults, everywhere from vacation care with Kindy kids up until adults in jail writing songs about their life and apologies to their family, or doing team building workshops with CEOs.”

Joel began teaching and making music 15 years ago, and was inspired to work with disadvantaged young people, to help them use their voice and be heard. For the Block Party event, School of Rap held a series of workshops at Ashfield Boys High, helping them write raps over four weeks, on the issue of cyberbullying. After writing their own short verses and collaborating on a chorus, Joel recorded the rap, edited the song and performed on the night alongside a student.

School of Rap also held programs in prison for TAFE NSW  which Joel felt was his most rewarding work, and inspired him to keep going. “I remember one of the guys in the jail said something like “today was the first day in years I felt like I was alive,”” he said.

“It was pretty amazing work, hearing the songs that they wrote and the things they put into their songs about their regrets and their mistakes.” 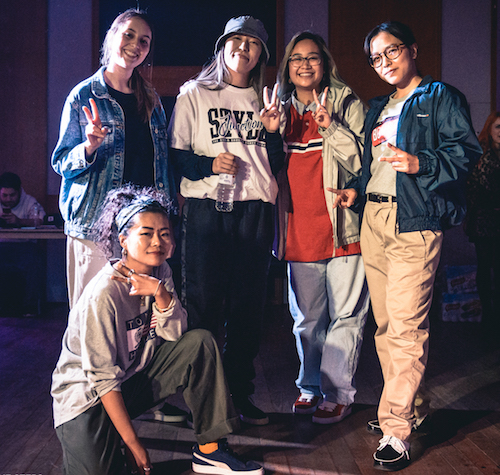