Australian governments, as well as plenty of ordinary Aussies, refuse to believe it’s possible but female ejaculation has been widely written about for thousands of years across a wide range of cultures.

Did you know that UK and Australian governments have previously banned depictions of female ejaculation, stating that it’s a myth?
FACT: female ejaculation (FE) exists! Between 10 and 55 percent of women experience ejaculation and research shows the liquid is chemically different to urine. Our ‘ejaculate’ originates from the paraurethral glands and can help sperm stay alive in the vagina. There is no need to be ashamed of a healthy bodily function.

Female ejaculation and the female prostrate have been described through history from as early as Ancient Greek civilisation, so why have we forgotten all about it now?

Around 400BC Hippocrates wrote about female ‘semen’ and how he thought FE was necessary for pregnancy to take place. Aristotle disagreed with the baby connection, but he reported women having wet dreams, ejaculating in their sleep and waking up very excited! He observed FE happened at orgasm and far exceeded male ejaculate.

Then around 160AD Claudius Galenus reported women ejaculating ‘semen’ with pleasurable spasms. He studied non sexually active women and concluded that women had to ejaculate their semen regularly or they would suffer terrible pain associated with fluid build up.

Fourth century Chinese Taoist texts record the wonders of FE using much more beautiful and evocative terms than we do today. The female prostrate was described as a ‘moon flower’ that gushes copious amounts of nectar. A Chinese poem from 826AD also talks about the ‘milk fruit’ (the area we now know as the ‘G-spot’) and gives instructions for a man to stimulate this area with his finger or penis tip to bring forth the female honey. Later poems from the 13th and 14th Century explain how the G-spot becomes enlarged and ejaculates upon stimulation.

The earliest Indian reference to FE is the Kamasutra from 200–400 A.D. Other texts further explain that the key to sexual enjoyment and health is to make the woman “flow” before the man “flows”.

All these early texts clearly differentiate between vaginal lubrication and FE.

Even in the 1500s Flemish anatomist, Andreas Vesalius, wrote that women create semen or liquid during sex and ejaculate like men.

In the 1600s Reinier De Graaf explained how the periurethral glands were the female version of the male prostrate and the source of female ejaculatory fluid.  He wrote in great detail about the difference between vaginal lubrication and ejaculation.

So there you have it! Our governments are two thousand years behind the times when it comes to female sexual functioning. Scientists from the present day to as far back as Aristotle agree – female ejaculation exists. Myth: busted.

Ciao asks, Inner Westies answer: do you believe in female ejaculation and the existence of the G-spot?

“The female ejaculation is a thing. I don’t really want to see it but it’s not a mythical unicorn. I don’t know if it’s hard to achieve, it’s just based on the person I believe. Some people can do it, other people can’t.” Adam, Surry Hills.

“I believe it’s possible, but it’s different from person to person.”  Charlie, Marrickville.

“Yes, I believe in it, that’s all I’m gonna say. It DOES exist! Did you want, like, detail?” Helen, Five Dock.

“I believe it exists but it’s very rare! Some women are lucky to have experienced it while others have more difficulty. I personally find it frustrating and distracting when having sex trying to hit the G-Spot and attain the seemingly unattainable.” Melissa, Balmain.

“I would be interested in being involved in a study on this. Come on scientists – help me find my G-Spot!” Norah, Haberfield.

“The jury is still out on this one, I think it requires further scientific testing.” Daniel, Haberfield. 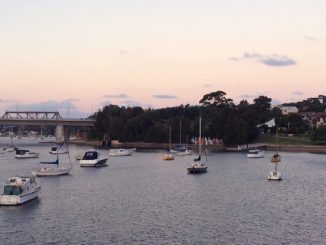 Bay Bitch: Better to have loved and lost