The Maple Trail is soft, almost haunting and quite beautiful, though not enough energy to need to be heard live. Phia is divisive; she is certainly making art and many will love her strange, semi-electronic pop while others won’t even count it as music. Both are very unique, fascinating musical artists.

This kid’s voice is just ace; he can hit higher notes when he wants but it’s the lows you’re after. Not often do you hear someone so husky and deep, but with such solid control and range. He plays a kind of dark indie-folk with a splash of Jeff Buckley.

Very melodic rock, quite reminiscent of 80s British bands like the Smiths. This Inner West band differs by having a very atmospheric and spacey feel, which is made even more overt by the vague lyrics. Nice and chill, but don’t expect much of a dance.

At home with… Neville Sergent 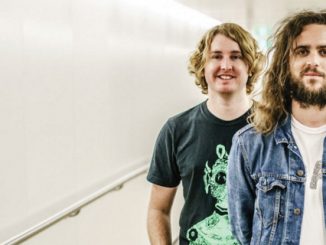