Can any quarter be given in the fight against casual racism in the Inner West? Latte Leftie has a surprising answer.

Dear LL – I was recently out shopping with Antonella, a gal pal of mine, when she picked up a pair of oversized, cubic zirconia-encrusted Dolce and Gabbana sunglasses then dismissed them as “too woggy” and put them back on the rack. When I expressed my sickened outrage at the blasé use of this racist epithet Antonella seemed bemused by my disgust and expressed the view that if she as an Italian-Australian wanted to use the W-word then I as an Anglo-Australian had no right to take umbrage. I tried to explain to her the innumerable permutations of racism and how they all inevitably result in genocide but she just told me to “chillax” and seemed embarrassed when I went around to everyone in the store and apologised for the psychological trauma they would have experienced as a result of the hate speech to which they had been exposed. Rubbing garlic in the wound, she proceeded to spend the rest of our time together putting on a Western Suburbs accent and saying things such as, “Wanna get in my wog chariot and drive over to my parents’ wog mansion to watch Wog Boy 2: Kings of Mykonos?” Should I merely end my friendship with this bigot, or do I also need to get her fired from her job and sent to some sort of re-education camp where she can be taught some cultural sensitivity?
Phoebe, Petersham.

LL replies:  Having recently found myself in the middle of a social media hate frenzy after decrying the prevalence of the Italianate style in Australian architecture, I’m inclined to advise you cut your egregious friend some slack. Why not invite her over for a girls’ night in and prove to her Racism is Bad by making her watch Do the Right Thing, Romper Stomper and Schindler’s List back to back. 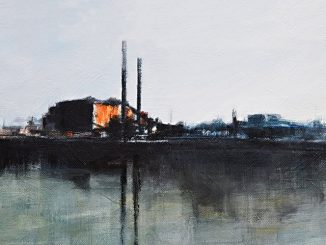