Political junkies have struck it lucky this month – with no less than three major cinema releases (The Front Runner is yet to come) making strong statements on the nature and abuse of power.

Movie of the week: Loro

Like Vice, Paolo Sorrentino’s (The Great Beauty) caustic portrayal of a powerful politician features a big star slathered in hair dye and stiff prosthetics. A nearly unrecognisable Toni Servillo plays former Italian prime minister Silvio Berlusconi – the astute media tycoon who parlayed his business empire into massive political power. But unlike Vice’s cartoonish portrayal of Cheney, Sorrentino is not interested in spoon-feeding us with bullet-point history lessons and pre-ordained opinions. We’re being treated as adults here, and not told what to think. While in no sense a flattering portrait of an unscrupulous man, it is by far the more nuanced one. And of all this month’s three political films, easily the most thoughtful, entertaining and successful. It goes without saying that it’s also the most stylish.

Though some will see only the trashy bits. The generous amount of female flesh on display has certainly given some reviewers ammunition to signal their high-mindedness on gender. They’re the ones stridently tut-tutting their disapproval, though they’re missing the point of those breathtakingly audacious (admittedly extended) poolside “bunga bunga” scenes complete with throbbing 90s EDM and cocaine and MDMA flowing (literally in one scene) like confetti. Sure there’s a plethora of glamorous near naked pretty girls dancing and touching each other, but hey – they’re Italians… The overkill is deliberate, rarely has a country that’s given us so much beauty looked so vacuous, crass and down-right ugly. If anything, Sorrentino could be accused of labouring his point.

But just to signal he’s not doing anything too obvious here, Berlusconi isn’t even referred to directly, nor do we even see him until a good 50 minutes in – apart from a tattoo of his leering face on the naked buttocks of a prostitute that Sergio (Riccardo Scamarcio – above), a provincial grifter and pimp vigorously pumps from behind (read into that what you will). Sergio’s budding business relationship with “him him” is our entry into Berlusconi’s world of power plays, unbridled ambition, endemic corruption and beautiful women, which is then fleshed out with other segments dealing with his troubled relationship with his wife (Elena Sofia Ricci), his powerful mistress (Kasia Smutniak) and assorted political players and hangers-on. The film features glorious dialogue-heavy scenes too, backed up with lush, surreal and deliriously batty ones. There’s a surprisingly poignant one where a gorgeous young actress (Alice Pagani) knocks him back saying, “Your breath smells like my grandfather’s” (brave girl). Then my favourite of all, right at the start, when a sheep wanders into his empty mansion, becomes fixated on the images of a tacky TV game show for an interminable time, and then as the a/c unit clicks over to zero, keels over and dies. The symbolism may be obvious, but it’s still bitterly funny. MA15+ from Jan 17. Local inner west cinemas include Palace Norton St, Central and Dendy Newtown ★★★★1/2

Check our verdict on Vice here

Worth a look: Mary Queen of Scots

Great hair, Saoirse and Margot, pity about the movie… Well, it’s ok – Josie Rourke’s Mary Queen of Scots really is gorgeous to look at and beautifully designed. Written by Beau Willimon of House of Cards (US version) fame, it’s a potted history of the 16th century political skirmish between Mary (Saoirse Ronan), the young Queen of Scotland, and her cousin Elizabeth I (Margot Robbie), the Queen of England. In reality the events transpired over a period of about 20 years, so compressing all that history and plotting (and there is a lot of plotting) into just over two hours means that it’s often quite difficult to follow. Basically it comes down to the very contemporary feminist idea that these two powerful, intelligent and resourceful women would have worked out all their differences (and solved the Catholic vs Protestant feud that consumed Britain for centuries) if only all the stupid dopey men around them had let them get on with it…

Believe the sisterhood stuff if you like, but elsewhere, the effort to bend their story to fit our contemporary sensitivities, particularly on diversity, is a bit ridiculous. More than a few historical liberties are taken. Were there really black and Asian nobles serving the court in 16th century England? (Err, no, there weren’t). And at least three (male) characters are gay, (but no lesbians. Why ever not?). And on that note, isn’t it a bit insulting to suggest the very smart Queen Mary would forgo the usual strategic liaisons and marry the smooth-talking Lord Darnley (Jack Lowden) just because he was good at cunnilingus? Interesting idea, and a very sexy scene, but as they say on Wikipedia – “Citation needed.” MA15+ from January 17. Local cinemas include Palace Norton St, Central, Broadway and Dendy Newtown. ★★★

It’s billed as something to “take the whole family” to – but before you shell out upward of $100 to do just that, bear in mind that director Sean Anders’ track record in family humour includes Hot Tub Time Machine, Sex Drive and Dumb and Dumber. So sure, there are wholesome life-lessons to be learnt (based on the director’s own experience of adopting), an uplifting message and fair smattering of heart-warming innocuous Hallmark-style humour. But also a completely superfluous scene involving “dick pics”, a generous splattering of f-bombs and a unpleasant subplot involving a sex offender. If you do bring the little-ones to this, you might have some explaining to do over the post-screening choc-tops.

Mark Wahlberg plays Pete, Rose Byrne his shrill wife Ellie – a couple of well-off suburban house flippers suddenly coping (not often very well) with three difficult Latino foster children from a problem family they’ve impulsively adopted for all the wrong reasons. At least Anders does confront (and defuse) the potentially unsavoury “white-saviour” aspect of that situation – but the main problem is that both parents’ default position is to fly off the handle at every situation, with Ellie in particular throwing the sort of tantrums that would embarrass a two-year-old. At one stage she bristles defensively after being accused of being “wealthy” (they’re childless, yet they own a huge well-appointed 4-bedroom home) and screams “I’ll have you know I am 1/8 Comanche!” Well, ok… The inner west-raised Aussie actress could well have added the kicker: “And 100% Balmain!” PG from Jan 10. Local cinemas include Palace Norton St, Central, Broadway, Rhodes, Auburn and Burwood ★1/2

No such problems with the other big PG release of the week, a new version of the much-loved Oz classroom staple, Storm Boy. Not unless the young-ones have been reading the front pages of the Daily Tele, that is, or (more recently) The New York Times… Directed by Shawn Seet, this up-date’s star and executive producer is none other than our own embattled Geoffrey Rush, and you’d have to wonder if it’s been sitting on the shelf for the last year and half (the film was completed in 2017) while worried Sony executives wondered if they could do a Spacey and cut his scenes out.* No chance – the plot has been built entirely around his character – Mike the original “Storm Boy” – now an elderly retired businessman retelling the story to his teenage granddaughter Maddie (Morgana Davies)– an environmental activist. And while doing so,“rediscovering the things that really matter” (the natural environment, naturally).

It’s a clunky framing device and its intended primary school aged audience will hardly be interested in the old man’s conscience, his apparent drinking problem or the unlikely boardroom shenanigans. And to accomodate Rush’s age, the origin story had to be shifted back to the 50s. In doing so, the environmental, indigenous and counter-culture issues which the original 1976 version dealt so strikingly with have all been either softened or removed. Everything remotely spiky has been air-brushed out. It looks absolutely gorgeous though – the South Australian coastline has never looked more alluring. But what are we to make of the fact that the young Mike’s (Finn Little) upbringing in this Coroong National Park paradise with his hippie hermit dad (Jai Courtney), aboriginal mentor (Trevor Jamieson) and beloved pelican “Mr Percival” led him to become a filthy rich capitalist wealthy enough to send his grandkids to private schools and jet around the country in a private helicopter? As the film begins, this disgraceful old geezer is about to sell a great chunk of his environmentally sensitive land holdings to…(wait for it) a mining company. Well, we all know the baby boomer generation sold out, but really… How disappointing! PG from Jan 17. Local cinemas include Palace Norton St, Central, Broadway, Burwood, Rhodes and Dendy Newtown ★★1/2

* Mr Rush did not attend the film’s premiere in Sydney last week, nor does his image or name appear on the copious promotional artwork and advertising around town.

Glass and The Kid Who Would Be King,  not previewed. 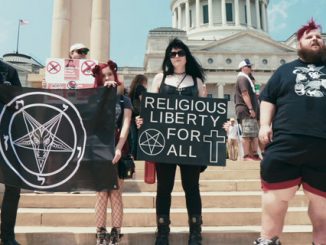