Working in 3D for the first time, Jean-Pierre Jeunet’s (Amélie) trademark style of rich visuals, eccentric characters and surreal plots are all back again in this adaption of a Reif Larsen story.

T.S. Spivet (Kyle Catlett) is a 10-year-old living on a ranch in Montana with his mother (Helena Bonhan-Carter), cowboy father (Callum Keith Rennie), brother, sister and dog. A precocious child with a passion for science, he invents a perpetual motion machine and is awarded the prestigious Baird Prize by the Smithsonian Institution in Washington.

He leaves a note for his family and hops a freight train to make his way across the United States and receive his prize from the Institute’s unscrupulous administrator (Judy Davis). But no one suspects that the winner is just a young boy with a very dark secret…

Fresh from the Melbourne and Sydney Film Festivals, this magical film will be screening at Palace Norton St from Oct 30. M (Unpreviewd).

Thanks to Potential Films we have we have 10 double in-season passes to give away. See our Giveaways page for details on how to enter. 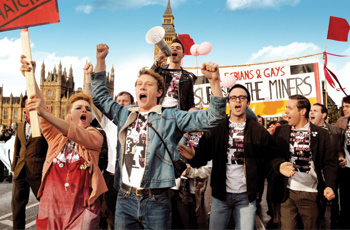 This is such a strange story, a true one too – of an unlikely alliance of gay activists and Welsh coal miners in Thatcher’s Britain. Relax, it’s not a political tract – just brilliant entertainment, you’ll be smiling and wiping away the tears by the end.

In reality the miners they helped lost everything in the ’85 strike’s bitter aftermath – their jobs, their tight-knit communities and their culture. And now even the coal they mined is hugely despised. 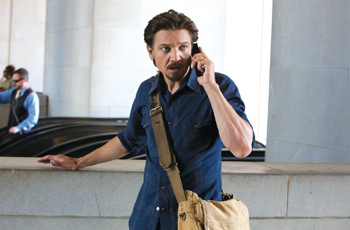 With all eyes on the drug industry’s massive revenue-base, many governments are eagerly joining the push towards legal cannabis. It’s even a “progressive” cause, so the idea that there might be a problem with the State being actively involved in drug pushing must seem quaintly old-fashioned.

Even back in the 80s, it was already happening – US authorities were using the cocaine industry to fund Reagan’s foreign policies. They just forgot to tell us, and the story here is how a crusading journo called Gary Webb on a little-known Californian newspaper stumbled across the facts.

As played by Jeremy Remmer he’s naively reckless at first, and based on those events, Michael Questa’s (Homeland) drama is mostly true, but very sobering. Webb’s account was Dark Alliance; The Story Behind the Crack Explosion and the movie’s title hints at what happened later. Sometimes dark forces win.

Then as now, the billions involved in the drug trade and any governments that need it will make sure of that. Just remember that, legalisers… Money doesn’t talk, it screams. 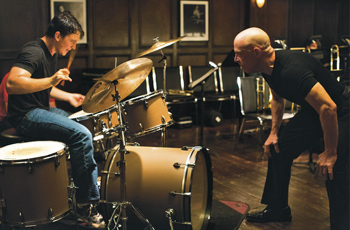 J.K. Simmons (who once played the prison Nazi in the HBO drama Oz) is more like a boot camp marine sergeant than a music teacher in Damien Chazelle’s powerful drama about a young jazz drummer. He hectors, bullies and humiliates, violating every racial, sexual and personal taboo in his conservatory classrooms, all (supposedly) to bring out the excellence in his students.

Those scenes are incredible, almost unbearably painful to watch, which can only make us wonder: What sort of college would tolerate this?

Andrew (Miles Teller), the talent he hopes to turn into a jazz great, is a young man with ambition of his own, but also quite a few personal issues. And that does give this complex film enough shades of grey to be a thoroughly satisfying, very thoughtful experience. The climax is astonishing.

The designer revival of a backyard dunny? 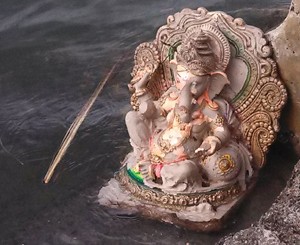