Stallholders at the Marrickville Council event ‘Eat your way around the world on Australia Day in Enmore Park’ chefs Anthony O’Shea and Samuel Bull from Bull Ant Foods talk about food and being Australian.

What is your version of an “Aussie” meal?
Sam: That’s a Tough question with so many cultures in our country but this is my idea of an Aussie meal
Starters –  A selection of cured meats, hummus dipped with soft Lebanese bread; fresh ricotta from Paesanella smeared on grilled olive bread with fresh lemon, mint, chili and salt.
Mains – Giant T-bone with a selection of mustards and jus; fresh locally made Mozzarella salad, cos lettuce, cherry tomatoes, basil; Steamed Chinese broccoli with chili and garlic.
Dessert – A slice of pie.
Anthony: You can’t go past mum and dad’s famous meat pie with mushy peas!

How does food bring Australians together?
Sam: We have come a long way with our food culture since I was growing up. My daughter gets to experience an ethnic smorgasbord of food with multiple options. This ethnic diversity in food gives us a moment to comment on new flavours, exotic locations and share that thought when we eat and drink around the table. Food has always been about love and being together – a sense of shared community.

Where do you enjoy eating in the Inner West and which suppliers do you use?
Sam: I live in Dulwich Hill so you will find me hanging at the Hub House getting my bacon egg roll and burger fix or checking out the fridges at Paesanella in Marrickville looking for some smelly cheese. We get our fruit and vegies from Borsellino Brothers Fruit Market on Stanmore Rd and our meat from Andrews Meats, who were founded in Marrickville.
Anthony: I live in Camperdown so you will see me living the chef life and absolutely buggered at the
end of the week. I often grab pizza from Franks on Parra road and also love eating at The Delicious Roll in Enmore!

What are the best things about being an Australian in Marrickville?
Sam and Anthony: There is such a strong sense of community in Marrickville. The Inner West has that sense of home that I remember as a kid. A nod of the head, a chat, a quick smile. We feel really connected to the Inner West.

2. Separate coriander root from leaves (keep leaves aside and wash root before you cut, weigh all ingredients out before you start.

3. Season the eggplant well with salt and pepper then grill the eggplant until it is cooked all the way through should be nice and caramelized place on tray to cool down then cut the eggplant into 10 cm cubes.

4. In a heavy base pot sweat of the onions, garlic, chillies, coriander root until soft,

5. Add the Moroccan spice and cook out for a minute. Add the brown sugar and caramelize, fold the chopped eggplant through the mix in pot.

6. Then chopped coriander and fold through mix, season to taste. Chill and serve cold

To serve
Source bread like pita, Lebanese, Turkish or my favourite Afghan bread. Lightly brush with olive oil and salt then grill on BBQ, cut and serve. 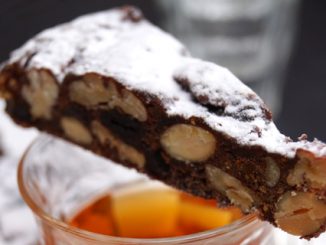 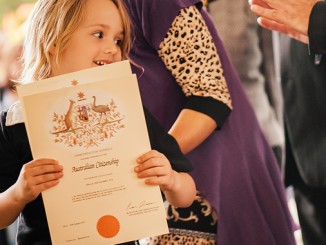