With Christmas approaching most are beautifying their respective areas – I’m trying to get my fallen down wall repaired before the onslaught of my family.

I am tossing up whether to have it repaired professionally by a brick layer and fork out thousands that I don’t really have or somehow stick it together with premixed cement, which I heard I can purchase from that great big hard ware store that we all know so well. Then I thought I could train fast-growing ivy or a super-fertilised Ficus to hold it all in place and cover the patch job. Or maybe I could just invest in a large potted plant to fill up the hole.

Well, I can’t see much Christmas preparation happening on our beloved Bay Run. In fact, part of it looks pitiful and I would go as far as saying vandalised.

The sorrowful state of the stretch of the Bay Run that runs along the City West link has popped up in several conversations and people are befuddled to what has actually happened there.

After the healthy trees were felled about six months ago, the dry clay has become home to nettles and other unattractive weeds. The area closest to the Bay is piled high with tree bark enclosed by some loose hazard tape just waiting to be blown into our bay to pollute it further.

I have heard the contractors Ashfield Council employed to do the job were either sacked or quit halfway through and nothing has been done since.

The now Inner West Council ‘s neglect is matched only by Canada Bay Council’s over-compensation in the safety department, with a total lack of regard to aesthetics. No doubt you have seen the metal fence on Timbrell Drive obstructing the view of our bay. You also would have noticed the more pleasing black fences that don’t stand out like sore thumbs on the Drummoyne side of the Bay. I wonder why this obviously uglier and most likely cheaper fence has been installed when the council is raking in millions from the property developments it is allowing all over the place.

Perhaps, in preparation for Christmas festivities the council at the very least should take a leaf out of my book and try covering this eyesore with ivy or Ficus! 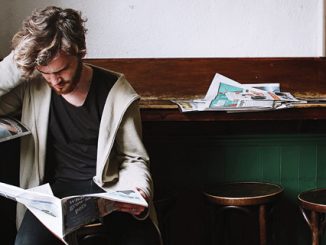