The wellbeing and preservation of the land has always been fundamental to Aboriginal cultures.

Aboriginal and Torres Strait Islander people are the traditional custodians of Australia and they created a complex system of land management, using controlled burning to plan plant growth and thus attract animals for hunting. They monitored and encouraged reproduction of different species in order to maintain biodiversity and balance.

Nowadays, modern carers for land, such as Aboriginal rangers or councils, can pass on knowledge about country from generation to generation, as well as apply modern land management practices.

The Sydney area was traditionally made up of the 29 clans of the Eora nation. Today, Aboriginal people from all over Australia live in Sydney and play a role in the protection of local water courses.

In the Inner West, the Cadigal, Kameygal and Bidgigal people hold a particularly strong connection to the Cooks River, known as Goolay’yari meaning ‘pelican’.

Traditionally, it was a key source of food such as fish, turtles and shellfish. Following the arrival of Europeans, the number of Aboriginal people living off the river began dwindling because of massacres, settlement, industry, and disease. By the end of the 19th century no one could fish the polluted river, however Aboriginal people continued to live around the area.

Today Aboriginal people continue to have a strong custodial role for the river, its history and its heritage. Local community members and the Metropolitan Local Aboriginal Land Council have been involved in documenting and protecting local Aboriginal heritage sites, as well as educating others.

“For me the backbone of the poles was to give local children of all cultural backgrounds a connection to the river, as well as some pride, because if you are connected to an area you tend to look after it better,” Brendan Kerin said. “I told them those poles would last for generations.”

“I always say, ‘my backyard is your backyard’. If you live in the same village as me we can fix our village by working together.”

The Cooks River Alliance is a partnership of eight councils that has been monitoring the river since 2009. Thankfully, the river is now changing as wetlands are slowly restored and communities are reconnecting with the waterway. As the slow conversion to sustainable practices occurs in Sydney, Aboriginal knowledge provides unrivalled guidance for caring for the land. 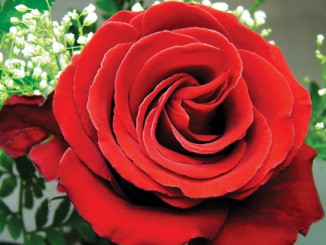