Straight out of Melbourne, 30/70 (pictured above) will give you the best in modern minimal eclectic soul. In their live performance they get people grooving and moving. Supported by The Baldwins and Triceratops. The Sly Fox, free

Join Julian Temple for an afternoon performance of blues and roots in Marrickville in celebration of Temple’s fifth album release Ceiling In The Sky. Supported by Jesse Morris  this is an all ages gig to bring the whole family along to. The Gasoline Pony, free

Touring the country in honour of their debut album launch, Mayfair Kytes deftly layer harmonies and strings with dissonant guitars. Having worked with big-name producers on this album the live performance is sure to reflect all the work that has been poured into creating the record. The Vanguard, $13.80

A groovy kind of love 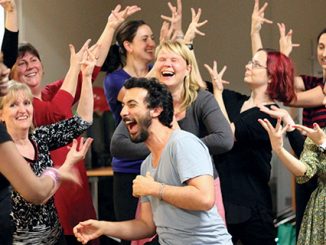