• An order of 15 takeaway coffees from Dolcetti’s in Wareemba raised eyebrows last week. Was there a new mother’s group in town? No, just a film crew shooting a new TV series in the wonderful Wareemba IGA. The Inner West’s other recent brush with national television was on My Kitchen Rules, when the episode filmed at last year’s Norton Street Festa finally aired after much anticipation. The episode made eating on Norton Street look good again.

• Critics of the Renew Leichhardt program are eating humble pie. Leichhardt Council received hundreds of applications for pop-up shops throughout the area and a pilot of four shops was set up in the Italian Forum. Critics were quoted in other newspapers saying “they didn’t even know they were there.” As it turns out the shops have been doing so well that two of them have signed as full term commercial tenants. Eat that haters.

• Norton Street institution Bar Italia is being sold. Both the building and business are on the market after 25 years. This local icon has consistently brought people to Norton Street, both locals and those from further afield. Agent Rocco Tripodi has been overwhelmed with enquiry from investors and food operators who still see value in Norton Street.

• In a recent council column Mayor Darcy Byrne formally apologised to Ian Wright, director and secretary of Rozelle Village, after Wright threatened legal action against Byrne and Leichhardt Council for defamation. Council has unreservedly apologised to Mr Wright for any hurt he may have suffered as a result of a media release they published last month. The things you say when you are being threatened with legal action – we, of course, empathise completely. 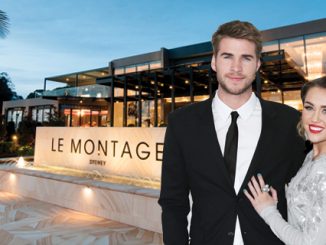