Get ready to have a cracker of a time at the Sydney Comedy Festival’s annual ‘Cracker Night’!

Cracker Night is the opening night gala of the Sydney Comedy Festival. Featuring a dazzling line up of the biggest and best Australian legends, international stars and next big things of comedy, Cracker Night kicks the festival off with a bang! It’s quite simply Sydney’s biggest night of comedy!

Celebrating its 10th birthday, Cracker Night 2014 will be bigger and better than ever with 5 hilarious shows in multiple venues around Sydney over 2 consecutive nights!

From humble beginnings in 2005, the Sydney Comedy Festival has quickly grown to become the city’s largest annual comedy event, with performances, appearances and tours rolling out through Sydney and regional NSW every April/May.  The Festival is proud to attract comedy’s global greats, and prouder still to present the rich crop of Australian talent year on year. 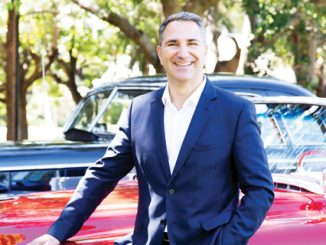