• This one is just a rumour but a handful of online publications have stated that Miley Cyrus (aka Hannah Montana) and actor Liam Hemsworth are to be married – at Le Montage! Liam and Miley have been an on-and-off affair since they started dating in 2010. They united again last summer, when the pair moved to Byron Bay. Apparently they have been spotted scoping out the Inner West venue, which made headlines last year when it hosted the infamous Mehajer wedding. Older generations will remember Le Montage as the APIA Club headquarters where much Inner West courting took place. Sydney may need to prepare itself for more traffic-stopping matrimony!

• Maria Venuti was reported to be in an induced coma after she suffered a stroke at her Gladesville home. The cabaret legend is in a critical but stable condition according to her daughter, Bianca. ALVA, the women’s entertainment group that Maria Venuti acted as ambassador for and which broke the news of her hospitalisation, has been countering false news reports from the UK that she had died. Venuti’s stroke apparently occurred while there was an intruder banging on the leopard-print-painted door of her home. The Daily Telegraph has reported police were called to an earlier incident involving the same male intruder. Given she’s a former Ciao cover star, Ferragosto performer and Five Dock-frequenter, as well as a role model for many Italian-Australians, we really hope Tutti Frutti recovers soon.

• There has been some speculation around the new iteration of Ottoman restaurant (renamed Empire this year) on Enmore Road, which has recently closed and received a makeover. The newly tiled façade left some locals wondering if Netwown was going to get another pub, but for now it looks like a new Turkish restaurant is arriving with a butchery in tow.

At home with… Marghanita da Cruz 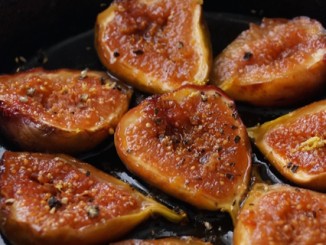