A raft of Inner Westies have provided the bang behind an upcoming comedy show putting the spotlight on people with disabilities. A stand-out event of the Sydney Comedy Festival in 2014, Just a bit…funny, has returned to expose the more hilarious side of having a disability in an otherwise beige world.

The show will feature projects facilitated by Marrickville filmmaker and ‘funny guy,’ Craig Anderson. The past three years he has been collecting the the answers of many people with disabilities on what is appropriate humour. The film will be shown on the night.

“I found that a lot of people who identify as having a disability have learnt to laugh at things when they do go wrong, otherwise it’s easy to get sad,” Andersen said.

“One person who defied this attitude was Professor Simon Best who has an acquired brain injury and is quadriplegic. He said that there weren’t many things he laughed at. ‘If someone takes my carspot’, he said, ‘I don’t laugh, I key their car.”

The night will feature stand-up performances, skits and films by people with disabilities and without.

Would you like the wall of your home transformed into a kick-ass work of hip street art? Applications for Marrickville’s Perfect Match program are closing on May 13th and they are looking for home-owners and street artists to transform the local area.  Thanks to the Perfect Match initiative last year, commissioned artists have already created 14 larger than life murals across the local government area – including the back wall of the Ciao office.

Property Developer Bill Gertos has been held liable for the wrongful demolition of an Edwardian shopfront in Annandale in 2011. After three years of litigation his case was tried in the NSW Land and Environment court. Gertos may be penalized up to $1.1 million for ignoring Leichhardt Council’s heritage controls.

The site where the unlawful demolition took place (next to The Annandale pub) used to be a string of shops and was a well-known site among Annandale dwellers as the “shanty building”, until it eventually ran down and became a playground for graffiti artists.1-13 Parramatta Road is now a set of five luxury studio apartments.

Mayor Rochelle Porteous says the outcome of the case sends a strong message that, “Council takes its responsibilities as the guardian of heritage controls seriously.”

Ashfield has gone through some changes in the last few weeks to make tackling their often packed-out  parking  along Hercules St and Liverpool Rd easier. A new 86 space car park on Brown St, which also includes two car-share spots. Ashfield council is also trying to encourage more cyclists in the area and has installed 325 new cycleway signs to help navigate the suburb’s streets easier, as well as connections on to Hawthorne Canal and the Bay Run. 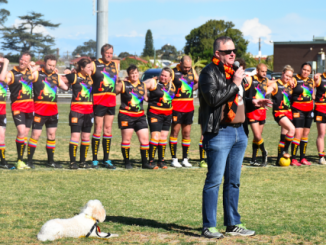 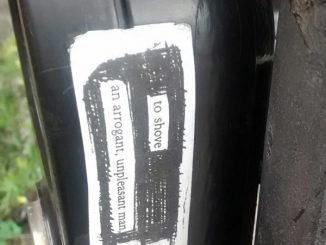