David Stratton bravely managed to award this oddity three stars, but admitted, “there’s something a bit off-key” about it. He may have been too polite to point out what that was out. So, for the sake of argument, let’s assume that in Stephen Frears’ new crowd-pleaser for Palace Cinema’s elderly daytime patrons about Queen Victoria’s strange relationship with a much younger male Indian servant, the sexes are reversed. And imagine a grumpy, obese, old, rich and very powerful man who finds the presence of an attractive young Asian girl hugely appealing company. Those deep brown eyes! The way she looks at him! Why on their second meeting, she even bends down and kisses his feet. Suddenly all his “vigor” (ahem) and lust for life is revived and he instructs all his trusted advisors and staff to bugger off and installs this lovely young thing as his constant business and personal companion. And all those who might feel this is “a bit off” are portrayed as stuffy ignorant racists to be sneered at. OK, back to the real story (or maybe not, the movie only claims to be “based on real events… mostly”), there’s no suggestion that the 80-year-old Victoria (Judi Dench) was up to any Mr Brown-style hanky-panky with Abdul (Ali Fazal). He was a Muslim from Agra brought to England for one ceremonial event with the Queen, but after their eyes lock, gets to stay for 13 years. But still, “off-key” isn’t the half of it. Just as bizarre is the suggestion that Victoria (the Empress of India, no less) is taught by her Muslim mentor to be as enlightened about race, class and imperialism as a contemporary inner west Greens voter. Fortunately, before anything sillier than that happens, she dies. CTC from Sept 14. ★1/2

I Am Not Your Negro

If anyone is still wondering why so many LGBTI people are so annoyed by the postal vote – at having to ask (beg?) for the same rights as everyone else, then the powerful words and eloquent writings of James Baldwin in Raoul Peck’s thrilling new doco may explain. “Why am I different?”. Why is inequality even an issue, asks Baldwin – without a doubt one of the sharpest and most beautiful prose writers of his generation. His narration (both in his surviving footage and voiced by Samuel L Jackson) is intelligent, incisive and confronting, and still – fifty years after the events shown – as potent as ever. The civil rights struggles of the 60s were very different of course, and far more radical in their intent than today’s conservative push (to get married and settle down like a good bourgeois couple – of all things!). There are parallels though… James Baldwin was black and gay – though his sexuality is barely mentioned here, just as a joking aside as his FBI surveillance notes are transcribed. The real value of the film will be for those who only associate these events only with Martin Luther King’s reassuring message of peace and love. They may be surprised to learn just how much anger and passion there was – and destructive violence. Whole chunks of major US cities were burned and looted, some like Newark never recovered. On both sides, it was ugly, and the clips of hate-fuelled white students spitting and chanting as a lone black student approaches a campus are as chilling as any horror movie you’re ever likely to see. Yes, we may be able treat campus race relations as lively fuel for light comedy (Netflix’s very clever Dear White People) or dark satire (Get Out) nowadays. But are the times all that different? This incendiary doco suggests a disturbing answer: No. CTC from Sept 14. ★★★★1/2 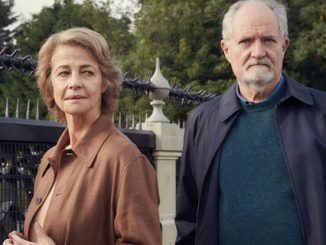 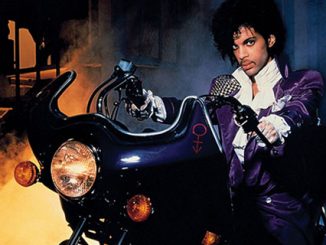