In a world riven with war, hunger and general strife, Sydney’s biggest problem is out of control stray shopping trolleys…

We have a pretty simple problem here; shoppers are too lazy to return their trolleys after they use them and some people  steal them for their own uses, and people are complaining about them littering the streets. In turn, local councils are putting the onus on supermarkets, saying that it is their responsibility to install expensive security measures on their trolleys to prevent them flooding our streets. I always thought those locks that are opened by a gold coin were incentive enough to return the trolley but apparently not. Just recently I spotted a trolley blocking a Petersham street after strong winds turned it on its side.

The issue has lead to one of the most ridiculous headlines I have ever read: “Hills Council to destroy feral trolleys.” Apparently the Hills Shire Council has taken a zero-tolerance policy to stray trolleys, choosing to literally destroy any they find.

So, other than the odd choice to describe these trolleys as feral – a descriptive term usually reserved for things that are alive – this council has decided that the best approach to reducing this swarm of stray shopping trolleys is to turn them into garbage. Which means that the supermarkets will be forced to make more trolleys. Which is an unnecessary waste of resources. And those new trolleys will end up back on the street anyway. Not quite getting the logic there, guys.

But my main issue with all these stray trolleys isn’t the squabbling over whose responsibility it is to clean them up or the ludicrous and environmentally unfriendly plans to ‘solve’ this problem. No, my issue is just how pathetic and lazy it makes us Sydneysiders look that this is considered a legitimate issue. I don’t mean to get on a high horse as I’m pretty damn lazy myself. If I’ve just stepped out my house to go to work and I realise I left my lunch inside, that lunch is now my dinner and I’m going to buy my lunch instead. But I return my trolley! Even if I didn’t, this becoming such a serious problem would embarrass me enough to change my ways.

So local councils, supermarkets and complaining citizens, heed my advice. If you want to see less trolleys littering the street, start shaming your lazier neighbours and lead by example. We can run ads like those violence against women commercials: “To lazy people who don’t return their shopping trolley, Australia says no!”

Or we can just put in a little more effort, especially as we load our trolleys with Christmas shopping this year. Remember the trolleys are there for everyone to use so return them when you’re finished!

Who gives a buck? 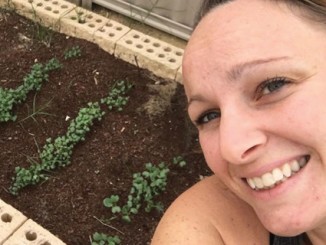