Tourists are staying in your suburb in houses like yours, except only nicer.

Meet three houses your house could have been like, if only it had 10 rooms more, impeccable upkeep and an unlimited supply of potpourri. Oh, and plenty of well-mannered guests. I didn’t have the privilege of staying overnight at any of these heritage guesthouses but, unlike the majority of the Inner West, at least I now know they exist!

This 1888 millionaire’s mansion, named in honour of British Naval Commander Admiral Collingwood (key to the defeat of Napoleon in 1805), is positioned exactly where such a mansion would be expected – overlooking Drummoyne Bay in a flourish of butter-yellow colonial imposition. Originally owned by Rum Rebellion plotter turned banker John Harris, The Admiral Collingwood Lodge has definitely got something of the Jay Gatsby vibe to it.

It now provides accommodation to an array of international and domestic visitors, many visiting well-to-do relatives close by or undergoing treatment at Drummoyne’s specialist digestive clinic. With a 70-80 per cent occupancy rate, The Admiral is performing well and the praise given by occupants suggests staying in the luxurious city-view room, which features four bay windows overlooking Sydney’s skyline, is a magical experience. Unsurprisingly, the owners have recently decided to sell up and the property will soon be auctioned. At least it provides a good excuse to have a snoop around the premises before its golden gates are potentially closed forever.

Another grand old dame, the Burwood Boronia Lodge was built in 1910 and is a beautiful example of Burwood’s Federation architecture. Offering similar services to a city hotel, at a much cheaper price, guests flock to Boronia Lodge for its quiet suburban setting, amenities and proximity to the area’s most over-rated tourist attraction, Sydney Olympic Park. Boronia’s biggest plus is its well-tended gardens which match the quaint lilac façade (although the hilariously photoshopped greenery on their website might lead you to think otherwise).

Jennifer, Boronia Lodge’s manager, warns that it is definitely a place for the older crowd and is generally frequented by people visiting their families close by.

On the rollicking street of Cambridge, smack bang in the centre of Stanmore’s unique mix of gentrified lushness and student grunge, Cambridge Lodge graciously straddles two very different worlds. It also incorporates some impressive architectural flourishes; I love its manoresque tower and expansive, sunlit balcony. Even more impressive, however, is the offer of a free breakfast!

Providing more of a hostel-style ambience, with a mix of dorms and private rooms, Cambridge Lodge welcomes a diversity of international and domestic guests, as well as longer-term boarders. Italians and Germans are common and, according to Brini, one of the Lodge’s very welcoming staff, Aussie guests come to stay at the Lodge for a variety of reasons, such as staying a night to fully enjoy a gig at the Enmore Theatre, to work nearby, or to have a comfy place to sleep after visiting loved ones at Royal Prince Alfred Hospital. 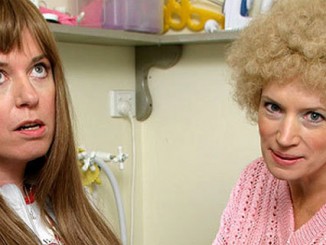