We all know what happens to suburbs that gentrify. Sure they become more prosperous – but inevitably, also more boring and staid – the very opposite of what attracted the young urban adventurers to the area in the first place. On that basis (and you know this is true) Newtown is already fast resembling Mosman – more than anyone in the inner west likes to admit.

But at least the organisers of the Sydney Film Festival haven’t yet cottoned on to the suburb’s changing demographics. For years now they’ve done their best to make sure King Street’s official “Keep Newtown Weird”  motto actually means something. And so again in 2019 all the films in the festival’s Freak Me Out sidebar are screening at Dendy Newtown, and as a special one night event, they’ve also made the inspired decision to stage an all- night extravaganza of weird and wonderful films there.

On Saturday June 8 kicking off at 10pm, programmer Jenny Neighbour is staging an All Night Cine Love In – consisting of four epic, shocking and outrageous films that changed her world-view back when she was an arts student in the early 80s in London. Lovers of the trashy, surreal and troubling are in for an extreme night. Starting of with David Lynch’s 1977 cult classic Eraserhead – easily the most perfect depiction of those grungy dystopian times we know as “the 70s” ever put on film – it’s followed by one of the most controversial film in cinema history, Nagisa Oshima’s In the Realm of the Senses at 12.05am.

Then comes O Lucky Man from UK Free Cinema legend Lindsay Anderson at 2am, with the evening culminating at the ungodly hour of 5.10am with John Water’s 1974 low budget trash spectacular, Female Trouble. You can buy individual tickets to any of the films, but why do that when the whole package is only $49? Book here.

If that’s not enough depravity for you, there’s also a film appropriately just called Depraved (below) on Monday June 10 at 8.15pm – a stunningly fresh new take on the Frankenstein story set in 21st century New York. It’s part of the Freak Me Out strand, once again programmed by the totally fearless Richard Kuipers.

Hardcore horror fans (blush, me) will have trouble choosing which of the seven creepy and nasty movies to choose (hint: go to them all), but the debut film from ace Kiwi genre producer Ant Timpson Come To Daddy (below) on Friday June 14 at 8.45pm,  an “outrageous, gleefully nasty and consistently clever” take on parenting issues in New Zealand is a definite must.

So is the jaw-dropping first feature Why Don’t you Just Die! (top pic, and below) from young Russian director Kiiril Sokolov on Sunday June 9 at 8.50pm. Spectacularly dysfunctional family dynamics do seem to be a feature of just about all Russian films screened in the West – but this sounds like a new low. As The Hollywood Reporter admiringly notes, “Building a crazed ‘Looney Tunes’ mood with cartoon-bright colours, kinetic camera moves and zippy fast cuts, Sokolov keeps ramping up the savagery to absurdly excessive levels.” Need I say its R18+?

There plenty of more conventional fare screening at Dendy Newtown too, most nights  from June 6 -16 two or more of its larger cinemas will be featuring festival films. Those who need to see more of Newtown’s favourite Game of Thrones character Brienne of Tarth can do so on Friday June 7 at 6.30pm, when Gwendoline Christie stars along with an eclectic cast that includes Borgen’s Sidse Babett Knudsen in the brilliantly strange In Fabric, which has been wowing festival audiences all over the world, including at Austin’s Fantastic Fest where Peter Strickland scored the award for Best Director.

You won’t see any of these movies in Mosman. As always, choose the films that won’t be getting a commercial release, and head to the festival website to do your planning. See you in the dark at Newtown… 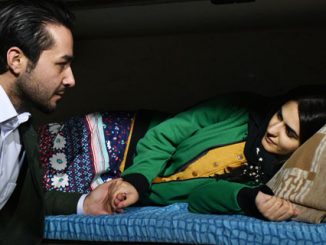 The Other Side Of Hope giveaway 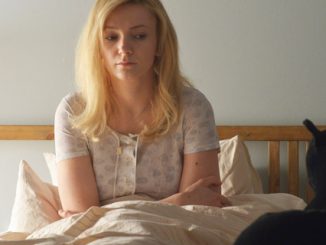