Going on safari in Newtown. These two water buffaloes were spotted running down King Street on Tuesday morning (to the surprise of drivers!), stopping traffic and generally causing a stir. Having apparently escaped from a nearby film set, the animals took a stroll towards Camperdown where fire fighters worked to secure the roaming beasts in a makeshift pen on Carillion Avenue. Thanks to @a_felman for the use of this pic via Twitter. 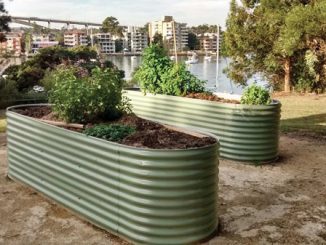