The Sydney Writers’ Festival  is back in the inner west from April 29 til May 5 – for the second year in row the main venue for talks and events will be Everleigh’s Carriageworks. With the provocative title, Lie to Me, an international line-up of guests will discuss the white lies and deceptions that are necessary for survival, as well as malicious lies that are spun with darker intent. They’ll explore the ways that writing can be used to deceive others in an increasingly post-truth world, and look at the lies we tell ourselves, each other, and those we collectively tell as a country. There are several free talks at other convenient inner west venues too, including Camperdown, Ashfield and Concord. One not to be missed features special festival guest, NY author Rachel Kushner (above).

Rachel Kushner: What it Means to be Free

The Mars Room, American novelist Rachel Kushner’s third book, was shortlisted for the Man Booker Prize in 2018. Ostensibly a reckoning of incarceration and inequality in the United States, The Mars Room is heartbreaking, funny, and essential reading that takes place inside a Californian women’s prison. The New Yorker wrote that “she uses the novel as a place to be flamboyant and funny, and to tell propulsive stories, but mainly as a capacious arena for thinking.” 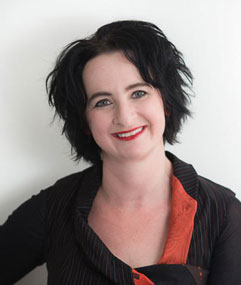 In 2013, journalist Ginger Gorman was targeted by internet trolls and endured sustained, hateful attacks that affected her family and professional life. In an interview with the Guardian, she described the experience as feeling “like being skinned alive”. The incident that set off the predatory trolls was an article Ginger published which unknowingly profiled two men who were later convicted for pedophilia.

Once the initial shock of her attack subsided, Ginger redirected her journalistic interests toward understanding this online community of internet trolls, speaking to psychologists, law enforcement, academics and the trolls themselves over a five year period in order to understand this dark side of internet culture.

In 2017, Ginger emerged with a series of Fairfax columns exploring the subject, which went viral, and presented a Tedx Talk entitled ‘There is nothing virtual about internet trolling’. In February she released her first book Troll Hunting: inside the world of hate and its human fallout, which, despite the name, is an attempt to “bring humanity to victims and the perpetrators”. 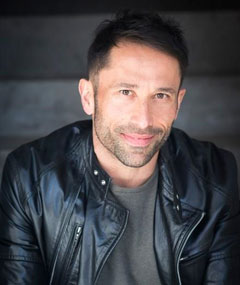 Mark Brandi exploded onto Australia’s literary scene with his terrifying debut Wimmera (2017), which won the British Crime Writers’ Association’s Debut Dagger award and the Indie Book Awards’ Debut Fiction prize last year. Better Reading described it as making “a powerful statement, stamping not only Brandi’s compelling narrative voice, but also his willingness to tackle and explore the vast solitude of the Australian landscape.” Since then, Mark has had readers and critics alike twiddiling their thumbs, waiting for his second book, and although the wait hasn’t been long—only a year between books—it is eagerly anticipated.

Now, he has followed up his initial success with The Rip, an urban crime novel that follows a young woman addicted to drugs who becomes embroiled in a horrific crime. It is a gritty and unflinching look at the underbelly’s dark heart.

Mark’s writing has garnered praise for its mesmeric effect. Mark graduated with a Criminal Justice degree and worked extensively in the justice system before he changed direction and started writing. This may explain the harrowing realness of his stories and their crimes. More info here. Free event Bookings essential

Yes we know Hurstville isn’t in the inner west, but since Balmain-born and Marrickville resident Holly Throsby is sadly leaving us for the pristine NSW South Coast, its worth a trek to Hurstville to say goodbye. The inner west will miss you, Holly!

Since branching out as a novelist, songwriter and musician Holly has drawn high praise, with The Sydney Morning Herald likening her to Tim Winton for her “wry affection for a peculiarly Australian dagginess and the rhythms and rituals of small-town life”. Her second novel, Cedar Valley, begins with two new arrivals to a town north of Sydney: a silent man in a well-made suit and a young woman full of questions.

Holly will discuss her latest book with Bernard Zuel, arts writer and commentator for the ABC, The Guardian and The Sydney Morning Herald, and critic for Fairfax newspapers. More info here. Free event Bookings essential

For more about the Sydney Writers Festival, go to www.swf.org.au 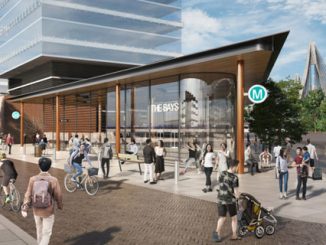