A team of local businesses and community organisations, led by the Marrickville Youth Resource Centre, have pulled together to create a seven-week hospitality course which aims to eliminate youth disengagement, beginning this Wednesday. The course provides 18 students with RSA, RCG, cocktail and coffee-making training, plus interview and conflict resolution workshops and work attire at no cost.

Director of the Marrickville Youth Resource Centre, Dana Warrington, who’s long been concerned about youth unemployment, explains that, “The course is aimed at youth who are completely disengaged from work and training and who have had difficulty completing training in the past. We want to support them through the whole program and our caseworkers will work hard to link them with jobs at the end.”

After threatening them with almost certain closure, the NSW Government has announced that five women’s only refuges will be restored funding for the next three years, including Detour House in Glebe and the Young People’s Refuge in Leichhardt.

While its a win for inner-city services, closures and management hand-overs are still proceeding for services in regional areas and Sydney’s outer west. Once of the two refuges in NSW which caters specifically for culturally and linguistically diverse women, Blacktown’s Muslim Women Association Centre, is set to close this month.

“For the first time ever, objectors and applicants will know beyond doubt that politicians are not being unduly influenced or pressured over development applications,” Former Mayor Darcy Byrne said.

Greens councillors, including Leichhardt Mayor Rochelle Porteous, voted against endorsing the as yet unnamed panel members, who can be selected on the basis they are experts in law, architecture, planning, urban design, environmental or social planning. 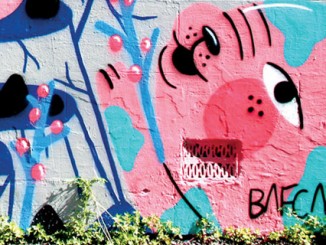