Martino Eduardo Convertino is one half of The Italianos, an all singing, dancing and cooking team who made their debut as competitors on My Kitchen Rules. Martino and Luciano met during Sydney Mardi Gras and have been cooking together ever since.

What is your connection to the Inner West?
In Ashfield is my flat, in Haberfield I do my shopping, in Five Dock is my favorite patisserie, in Leichhardt the movies and for my workout I do the Bay Run of course…

Your background and Luciano’s are actually quite different. How do you think these differences inform your tastes?
That’s true; I come from Siena while Luciano’s heritage is from Abruzzo. The variety of the culinary traditions from our towns find an amazing balance in our recipes. We are a real powerhouse in the kitchen. We both rely blindly on the tastes of each other because, being Italian, we both have in our culture flavours that accompanied us since we were children.

What was it like cooking on TV?
Apart from the cameras around us, cooking on television is pretty much the same as what I am used to do during, for instance, my big family party on Christmas.

I had a lot of exciting moments during the shooting. Especially when I was facing the criticism of judges Manu and Pete. Both Luciano and I often expressed our emotions during the filming. We always had tears on our faces.

Why pair music and food?
Perhaps because the two worlds, the culinary and musical, represent for me two art expressions among the highest in existence. In both cases you may be or become gourmets, but first you need to try many recipes or many songs, the rest comes by itself…

What other cuisines do you respect?
Chinese. [Alongside] Italian it is the most varied cuisine.

What’s your comfort food?
One of the first dishes that I learned to cook was “jam and walnut tart”. When I make it my memory goes back there, to the light-hearted time of my youth.

Do you have any exciting Halloween plans?
I will let a very close friend of mine cook a nice romantic dinner for me… I’ll leave the rest to your imagination!

The Amatriciana sauce can be used as a condiment on polenta. SERVES 6.

1. Heat the oil in a large pan with the onion. Add the diced Guanciale and Pancetta and fry them gently.

2. Add the white wine and let it evaporate completely.

3. Add the diced tomatoes and cook for 6 minutes.

4. Boil 400g of pasta of any choice in salted water and when cooked toss with the sauce.

5. Serve with the freshly grated pecorino and parmesan straight on the pasta.

The Italianos will be performing at Norton Street Festa and Croydon Park Festival.

At Home With… Andre Felicio 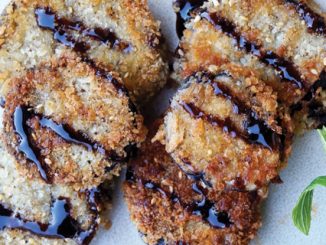 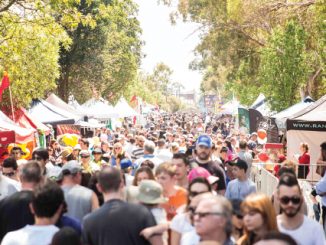