Two movies about men in the media. One is an odious creep, the other the nicest guy in the entire universe

There’s a couple of things a lot of Australians may not know about Megyn Kelly and Gretchen Carslon, the two Fox News presenters at the heart of Jay Roach’s Bombshell. Before the sex scandal that brought down their boss, both women were widely vilified for their right wing views and biased news presentations – as hated by US liberals and progressives as Miranda Devine and Peta Credlin are here. Can Hollywood heavyweights Charlize Theron and “our Nic” (Nicole Kidman) turn them into sympathetic feminist figures – “you go, girls!” heroes that starry-eyed #MeToo-ers can cheer? Well, both give it their best shots, but only with the help of a cartoonish villain in a ridiculous fat suit and a script that glosses over some pretty inconvenient facts. But then, what else would anyone expect from something made by a director best known for Meet the Fockers and Austin Powers.

Both woman were the public faces of a media network run ruthlessly by an odious creep of a man, Roger Ailes (depicted here by John Lithgow as a blubbery monster from another planet) who for decades used his power to relentlessly pedal racist, homophobic pro-Republican party propaganda. As we now know, Ailes also traded sexual favours for career advancement, something that apparently didn’t bother Carlson (who’d been enthusiastically running her boss’s “Obama can’t possibly be an American” line on her show) until she’d aged out of his favour and was demoted to a daytime slot. Then she seethed with indignation for quite some time, and then upon hearing her contract wasn’t being renewed, decided to secretly tape incriminating interactions with him. Most of Charles Randolph’s screenplay deals with Kelly’s struggle to decide what to do with her own past harassment experience after Carlson had gone public and launched a discrimination lawsuit, one likely to earn a big payout. As a trained lawyer and superlative media pro, she did act, finally, after an agonisingly long hiatus while carefully weighing all the options and working out an exit strategy. After leaving Fox, she signed a contract reportedly worth between $15 million to $20 million a year with CBC. Later, she lost that job after controversially supporting blackface. You go, girl!

A young and ambitious go-getter named Kayla Pospisil (Margot Robbie, above left) carries the movie’s most difficult and confronting scene, where she’s asked by a sweaty and snorting Ailes to lift her skirt and expose her panties. She’s brilliant in the role, but then she’s “our Margot” – an actress just going from from strength to strength. She alone makes Bombshell worth seeing, but why does she have to play an invented character? There’s no doubting the veracity of what Kayla suffers – although we don’t see what she subsequently endured behind those closed doors, like so many other girls before her, all in the name of ambition. No one in any workplace should have to go through that, but mixing in a fiction lessens Bombshell’s impact. The film burns with righteous indignation, desperately trying to latch onto the mood of public disgust with the actions of powerful men like Ailes. But don’t the facts speak for themselves? Did the filmmakers lack confidence in their own messengers?

Ironically, the best line in the entire script belongs not to any of the girls, but to a man, and (wait for it…) Rupert Murdoch himself (Malcolm McDowell, above centre). While unceremoniously sacking his now disgraced employee, he politely listens Ailes’ protestations, but simply states, “There’s no audience for that side of the story.” Yeah… no one will make that movie, ever! And then he awards him a significantly bigger payout than any of his victims. Watch the trailer here. M from Jan 16. Local cinemas include Palace Norton St, Central, Broadway, Burwood and Dendy Newtown. ★★★1/2

A Beautiful Day in the Neighbourhood

A couple of miracles occur in Tom Hanks’ latest movie. In the first one, a journo assigned to write a 600 word (about the length of this review) puff piece on “an American hero” (kid’s TV presenter and all-round nice-guy Fred Rogers – Hanks) instead turns in a 10,000 word essay – mostly about himself. And not only does his editor accept it (in what universe does that happen?) – it becomes an Esquire cover story. And (pinch me, this can’t be real!) now a feature movie.

A Beautiful Day in the Neighbourhood (even that cloying title induces eye-rolling disbelief) comes from Marielle Heller (Diary of a Teenage Girl), a director better known for tougher movies (Can You Ever Forgive Me) about flawed people. Jaded scribbler Lloyd Vogel (Mathew Rhys, the showy but spectacular Soviet spy from The Americans) assumes that role here, at least for a while. It’s one based on real-life Esquire writer Tom Junod, whose prescient 1998 Esquire cover story “Kevin Spacey Has A Secret” (written just after the actor’s triumph in The Usual Suspects and L.A. Confidential) had just come out, raising hackles in Hollywood. In those days Spacey was a bright rising star, but as portrayed here, the writer’s trade-mark snarky cynicism was really rooted in his own deep-seated unhappiness. He had daddy issues with his father (Chris Cooper), who at least in the this fictionalised version of events, was a drinker and all-round piece of work who had abandoned Lloyd’s mother when she was dying.

Initially Lloyd was suspicious, suspecting his subject was a fraud he could expose, but after a couple of sessions interviewing the endlessly patient, generous and kind “Mr Rogers” (who mostly interviewed him), Lloyd is totally “cured” and not only reconciles with his now terminally ill father, but becomes all-round better person – volunteering to “spend more time with his family” and less time taking people down with nasty profiles in print. What a guy!

I didn’t quite buy the redemption story at heart of this, frankly it just seemed a bit too pat. Could it be another a miracle? I did try to read Junod’s original profile of Mr Rogers, but who can honestly say they can read 10,000 words on a screen. I couldn’t, and anyway, was more alienated than charmed by Hanks overly mannered performance. Watch the trailer, you’ll swear he’s taking the piss.  And that irritating theme song he sings is still stuck in my head, weeks later…

I’m in the minority on this this, A Beautiful Day has earned lavish praise (95% Rotten Tomatoes), which brings me the most incredible thing of all – the reaction I observed from a group of excited young millennials exiting my preview screening. “Were you taken in?” one asked, “ Because I was!” “Oh, so was I!” gushed another. “What a wonderful movie, such a lovely film…” Yep, they were over the moon about the views of a conservative, white, elderly male. And (his Christianity is barely mentioned in the film) an ordained Presbyterian minister in a daggy red cardigan. Now pinch me, how can this be happening? When did Hollywood start making movies that did that? 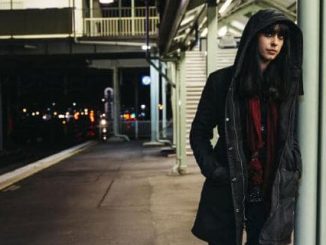 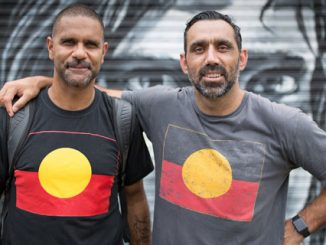