• “I think it works most of the time, if the art is cool enough or the artist has some street cred.” Caris, Newtown.

• “No because those who ‘tag’ buildings can’t draw or paint – otherwise they would. But street art is great for those who can and need the wall space.” Mark, Leichhardt.

• “There’s street art all over Melbourne but that doesn’t stop graffiti. People who graffiti do it for attention and to make it known that what they did is ‘theirs’. It’s a mix of pride, ownership and rebellion – I don’t think prettier walls is a deterrent as much as it is an enabler.” Jared, Manly.

• “While it’s not realistic to think you can go around covering every blank wall with art to deter taggers, council art at least makes the streets look bright and welcoming. Hopefully those vandals respect the art of others enough to not graffiti over it.” Alecia, Haberfield.

• “Whether murals deter taggers or not is irrelevant, they look better than the alternative: boring blank walls covered in scribble.” Valeria, Leichhardt.

• “I think green walls are a much better solution and look nice.” Elle, Petersham. 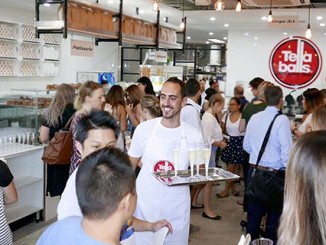